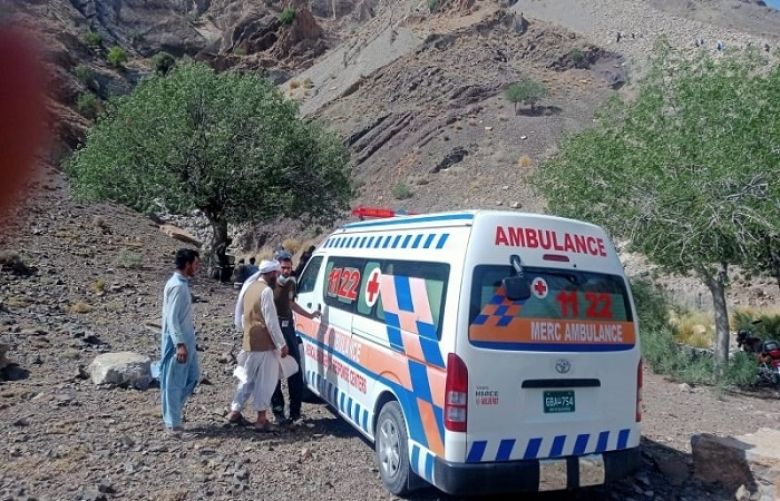 Twenty-two people were killed and a child was injured when a passenger van travelling on the Zhob National Highway in Balochistan plunged hundreds of feet into a ravine near Killa Saifullah on Wednesday morning.

The ill-fated van, with approximately 23 people on board, had left Loralai for Zhob, the district's deputy commissioner, Hafiz Muhammad Qasim told Dawn.com.

"The vehicle fell from a hilltop near Akhtarzai and 22 travellers aboard were reportedly killed in the accident," he said.

Akhtarzai is a tribal area located at an elevation of 1,572 metres in Zhob.

Rescue 1122 officials said that a minor boy was injured in the accident and was referred to Quetta for medical treatment.

The bodies of all the deceased passengers, they added, have been shifted to the Killa Saifullah District Headquarters Hospital. The deceased included five children, five women, and 11 men.

The DC said that an emergency had been imposed at hospitals located in the area, and said teams from Quetta had been called in for the rescue operation, which ended at around 1pm.

Immediately after the accident was reported, condolences started pouring in.

In a statement, President Dr Arif Alvi expressed grief over the loss of lives in Killa Abdullah and prayed for the peace of the departed souls. He also emphasised the need for measures to prevent such traffic accidents in the future.

Balochistan Chief Minister Mir Abdul Qudoos Bizenjo extended his condolences to the deceased and their families. He also instructed the provincial health department to provide the best medical treatment to the injured child.