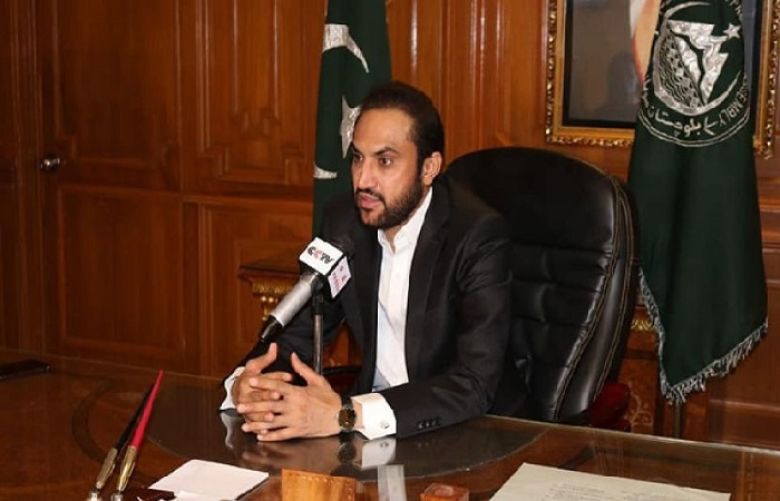 The Balochistan Assembly on Thursday rejected the tabling of a no-confidence motion against Chief Minister Abdul Quddus Bizenjo after it failed to garner the support of the required number of lawmakers to move the motion.

According to the Constitution, a no-confidence motion needs the signatures of 20 per cent of the make-up of the legislative body to be tabled for discussion, while half the members must vote in favour of it to be passed.

In the 65-member Balochistan Assembly, a no-confidence motion requires 33 lawmakers' backing to be passed.

The motion bore the signatures of 14 lawmakers when it was submitted to the assembly last Wednesday. However, upon its tabling today, the support was reduced to 11 legislators against the requirement of a minimum of13 MPAs.

The motion had the signatures of 14 lawmakers, including Bizenjo's predecessor Jam Kamal Khan Alyani of the Balochistan Awami Party (BAP) — who had resigned when a similar motion was filed against him last year.

However, in a setback to Alyani and his group, PTI's Khilji, BAP's Magsi and ANP's Bazai did not turn up for the session today.

Talking to the media after the session, Alyani said he already knew his group lacked the required numbers, adding that "our purpose was to bring to light a number of things."

He said the future course of action will be decided after consultation with the allies. "I am also the president of the BAP, and so the members violating the law will be served a show-cause notice."

Alyani said he would speak to the Pakistan Democratic Movement (PDM) leaders in Islamabad, adding that he had already spoken to fellow BAP leader Khalid Magsi to ask the government about its "silence" on the matter. "Why did they not honour their promise made with us?"

Meanwhile, BAP's Zahoor Buledi accused the federal government of indulging in corruption at a "high-scale".

Asad Baloch from the treasury benches hit out at Alyani, claiming that he tried to "harm the government" before the budget but "could not succeed".

Bizenjo was elected unopposed as the provincial chief executive in October, days after Alyani had resigned from the position following a months-long political crisis that had started with the latter's refusal to grant development funds to legislators.