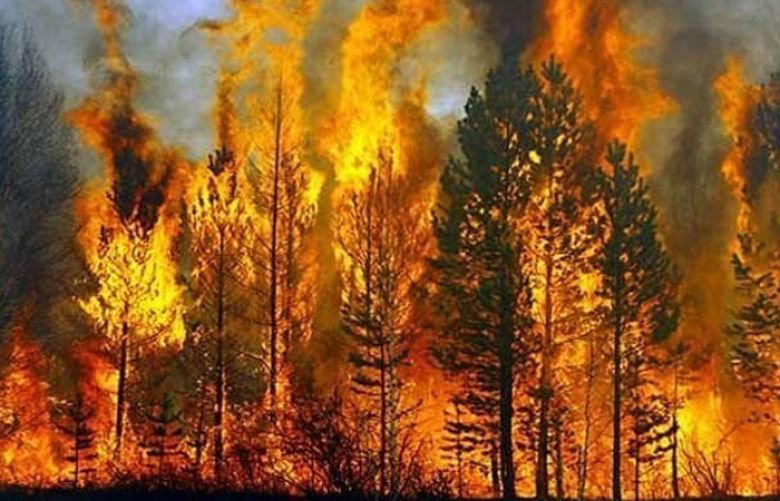 Three people have been killed and several injured in forest fire that has been raging in Balochistan’s Sherani district in Zhob division.

The fire that broke out in Sherani district for 10 days has not been brought under control yet and hundreds of olive and pine trees are under fire.

The bodies and injured were shifted to Civil Hospital Zhob while emergency has been declared in hospitals across the district following the fire.