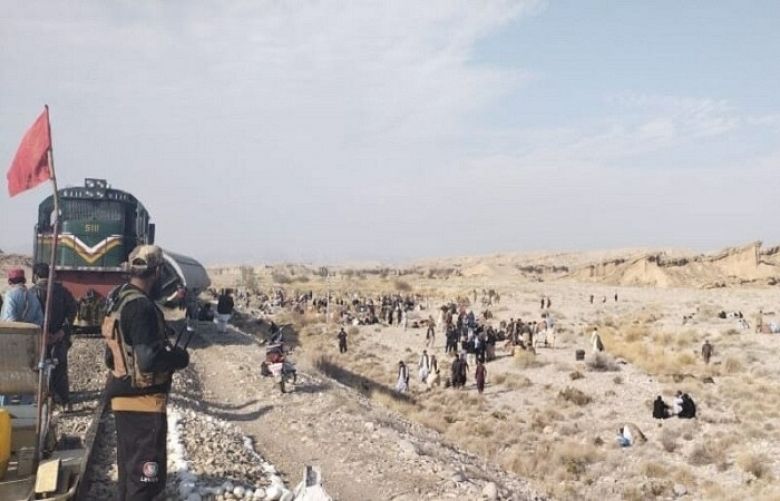 At least five people were injured in an explosion near a railway track in the Mashkaf area of Balochistan’s Bolan district on Tuesday, a senior official of Pakistan Railways said.

Muhammad Kashif from railways said that the blast occurred when Rawalpindi-bound Jaffer Express was passing by the area. The train was coming from Quetta.

He said the blast had also derailed the train from the track, resulting in injuries to at least five persons who were moved to a nearby hospital.

Police have not yet issued a statement on the incident.

Meanwhile, Balochistan Chief Minister Mir Abdul Qaddos Bizenjo, in a statement, strongly condemned the blast and directed authorities to provide immediate relief to the persons injured in the incident.

"Targeting a passenger train is a cowardly and highly reprehensible act," the chief minister said.

He said those involved in the incident will not be spared, adding that security agencies were active and working round the clock for the eradication of terrorism from the province.

"All resources are being utilised to maintain peace in Balochistan," the provincial chief executive said.

The explosion had occurred shortly after a vehicle of security forces passed through the area. The bomb was planted in a motorbike, the SHO had said.