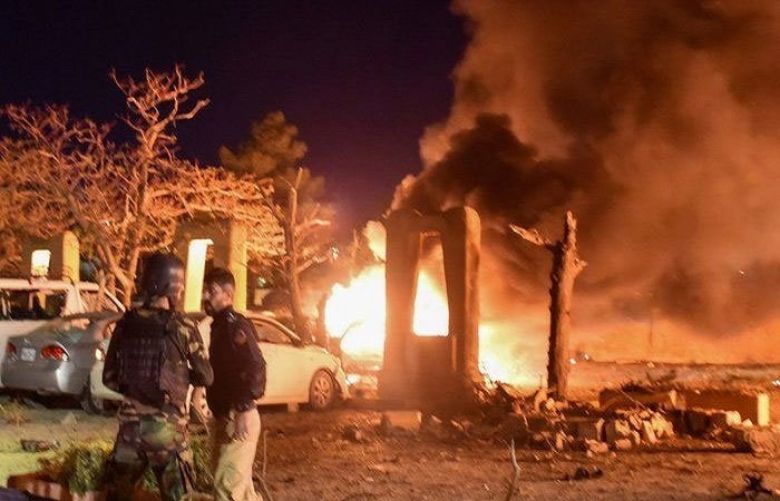 Four people have died while 14 others sustained injuries after an explosion occurred at Quetta's Jinnah Road.

According to the police, the explosion took place near a vehicle near the Science College at Jinnah Road.

Witnesses told the police that glass windows of buildings situated in the vicinity of the blast were shattered.

The injured have been shifted to the city's Civil Hospital, the police added. Three people who sustained injuries are reported to be in critical condition.

Chief Minister Balochistan Abdul Quddus Bizenjo has condemned the incident and has instructed the inspector-general of police to submit a report related to the blast.

At the same time, the provincial adviser to the chief minister on the interior has been directed to further improve the security situation of the city.

Adviser to the Chief Minister on Interior Raza Langoo said that the blast occurred through a remote-controlled device, while a probe is being carried out.