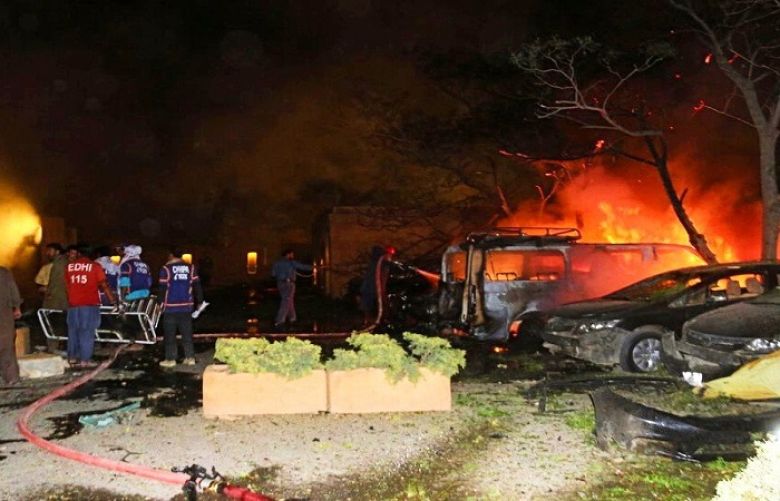 A person was killed and 10 others injured on Saturday in a blast that took place on the city's Shahrah-e-Iqbal, the police said.

The injured include women and a child, sources told.

The police said that cars and motorcycles on Shahrah-e-Iqbal were damaged as a result of the blast.

DIG Fida Hussain said explosive material was affixed on the motorcycle, and that the police and the bomb disposal squad were currently investigating the blast.