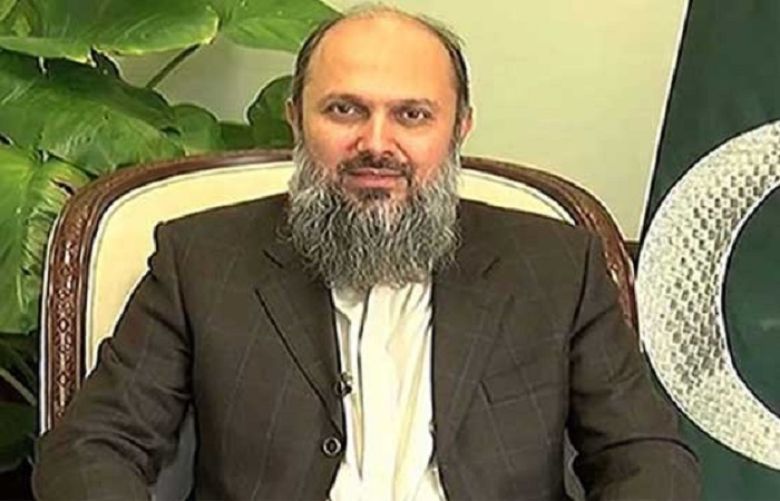 Reacting to rumours regarding his resignation, Chief Minister Balochistan Jam Kamal on Saturday clarified that he hasn't stepped down from the position.

Kamal wrote on Twitter: "I have not resigned and such rumours [should] not be spread."

I have not resigned and such rumors may not spread.

Khan, on Friday night, had claimed that out of the 41 members of the Balochistan Assembly, 80% stand with him in opposition to the no-confidence motion moved against him two days prior.

Taking to Twitter, Khan claimed 80% of coalition lawmakers in the provincial assembly — including from BAP, PTI, ANP, ADP, JWP, PPP, Azad, and BNP-A — support him.

It should be recalled that on Wednesday, out of the 65 lawmakers present in the assembly, 33 had backed holding a vote of no confidence against CM Khan.

Addressing the assembly session, BAP spokesperson Abdul Rehman Khetran had demanded the release of five "missing" lawmakers with immediate effect and said that the assembly has lost its confidence in the chief minister.

"We demand Jam Kamal immediately step down from the post of the chief minister," Khetran had said. "Due to his poor governance, the province has had to witness hopelessness, disrepute, and unemployment, while the performance of different departments was also adversely affected."

Khetran further said that CM Khan, "assuming that he is the wisest of all, had been taking all decisions related to the province on his own".

"Running important matters without consultation has caused irreparable damage to the province," Khetaran maintained, adding that owing to that, assembly members demand Jam Kamal step down from his post.

Leader of the Opposition in Balochistan Assembly Malik Sikandar Advocate, while expressing his views, said that the post of the chief executive is very important as it requires the incumbent to work tirelessly for the welfare of the people.

"The chief executive is also required to solve the problems of the masses while being on the frontline," Sikandar said, adding that the incumbent is also expected to protect the national exchequer.

"The incumbent must also be able to utilise the national exchequer for the welfare of the masses as per a sound strategy. The responsibility of protecting the constitutional and legal rights of the people is also included in the duties of the chief executive," Sikandar said.

"When the chief executive does not pay attention to such important issues, how will people trust him?" Sikandar questioned.

The law and order situation in the province is such that no one's life, property, or honour is safe, Sikandar said further, adding that people end up displaying the dead bodies of their loved ones outside the house of the chief executive to compel him to take action.

"There is no justice in the province and the use of resources is not carried out responsibly. Therefore, Jam Kamal has no right to continue as the chief minister of the province," Sikandar concluded his speech by saying.

Following Sikandar, Balochistan National Party (BNP) leader, Sanaullah Baloch expressed his views on the no-confidence motion and said that under the rule of CM Jam Kamal, "major corruption has taken place in Quetta Development Package as well as the fisheries sector".

"Insurgency was supposed to be reduced in Balochistan but the opposite happened and it saw a surge," Baloch said, adding that the charge sheet against CM Jam Kamal is "very long".

"Water, roads, and education projects in the province have been dedicated to Kamal's favourite people," Baloch alleged. "In my constituency, for instance, not a single project related to education was initiated."

"You have brought Balochistan on the verge of destruction but while you were in power, you did not employ efforts to make a place in the hearts of the people," Baloch said.

"As a brother, I am advising you to resign from your post," Baloch said.