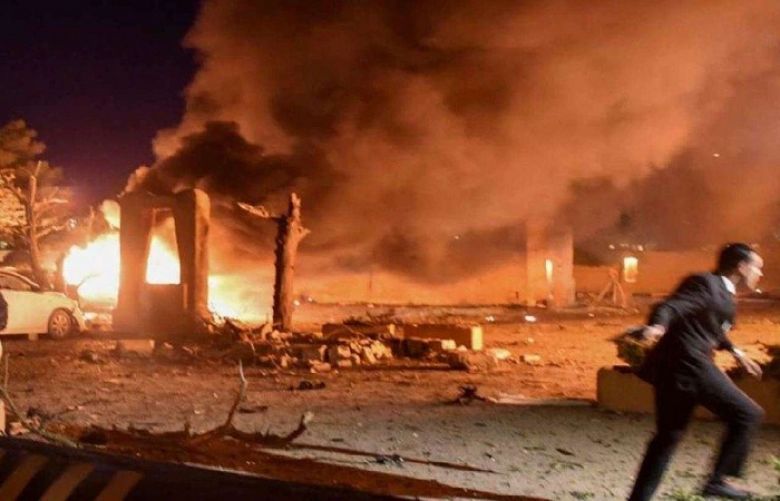 China on Saturday asked Pakistan to conduct a thorough investigation into the Gwadar suicide attack and severely punish the perpetrators and take practical steps to ensure such incidents do not occur again.

“At the same time, relevant departments at all levels in Pakistan must take practical and effective measures to accelerate to implement strengthened whole-process security measures and upgraded security cooperation mechanism to ensure that similar incidents will not happen again,” a statement from the Chinese Embassy in Islamabad said.

The statement was issued after a convoy carrying Chinese nationals was targeted in Gwadar, killing three children and injuring several others including a Chinese national.

According to an Interior Ministry statement, a convoy comprising four vehicles carrying Chinese nationals "with integral security details of Pakistan army and police contingent" was targeted on East Bay Expressway.

The attack took place along the coastal road near a fishermen's colony, the statement had added.

Noting the quick response of Pakistani authorities, the Chinese mission said that after the incident, the Pakistani side sent the wounded to the hospital in Gwadar for treatment immediately.

“The Chinese Embassy in Pakistan strongly condemns this act of terrorism, extends its sincere sympathies to the injured of both countries, and expresses its deep condolences to the innocent victims in Pakistan,” it said.

Following the attack on the convoy, the embassy said, it launched an emergency plan immediately.

The embassy demanded Pakistan to properly treat the wounded, conduct a thorough investigation and severely punish the perpetrators.