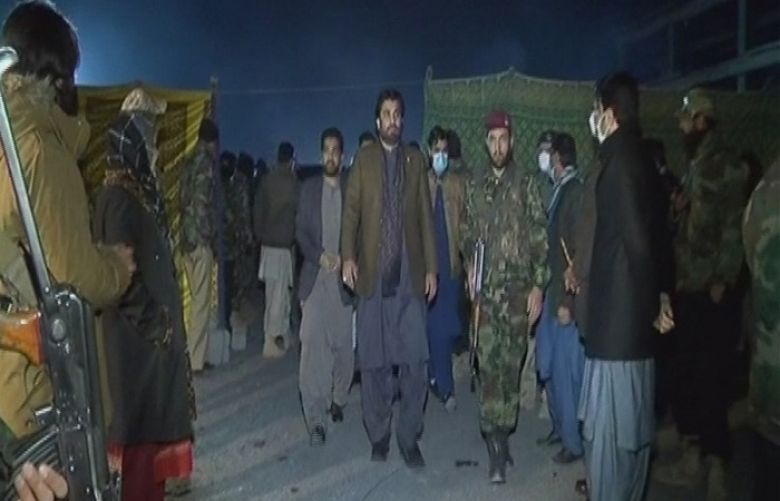 Negotiations between the government team and protestors staging a sit-in in Quetta against the killing of 11 coal miners have succeeded,  reported quoting announcements from both sides from the sit-in venue.

Making an announcement on behalf of the sit-in committee, it was conveyed to the protestors that the relatives of the coal miners who were massacred brutally have agreed to bury their loved ones.
The committee thanked Prime Minister Imran Khan, members of the cabinet, Chief Minister Balochistan Jam Kamal for agreeing to their demands. “We have decided to bury our loved ones,” said a member of the committee.

Speaking on the occasion, Federal Minister for Ports and Shipping Ali Zaidi said that it was for the first time that a government has signed a written agreement with the Hazara community as their predecessors had only done mere lip servicing.

Announcing the agreement signed by both sides, he said that a special commission would be formed under the chair of the provincial home minister.

“Strict action will be taken against officials found responsible of negligence,” he said adding that the commission would include two members of the provincial assembly, a DIG rank official and two representatives from families of the Machh martyrs.

The Balochistan government would provide a compensation of Rs1.5 million to the families of each slain coal miners.

The TORs of the agreement is also revealed, which included the special commission would probe attacks on the Hazara community during the past 22 years besides also investigating the missing persons in the community.

A new security plan would be enforced after a review by the security forces and the Balochistan government.

The passport and other related issues would be resolved on a priority basis for the Hazara community by DG NADRA while the government would also create employment opportunities for the members of the community.