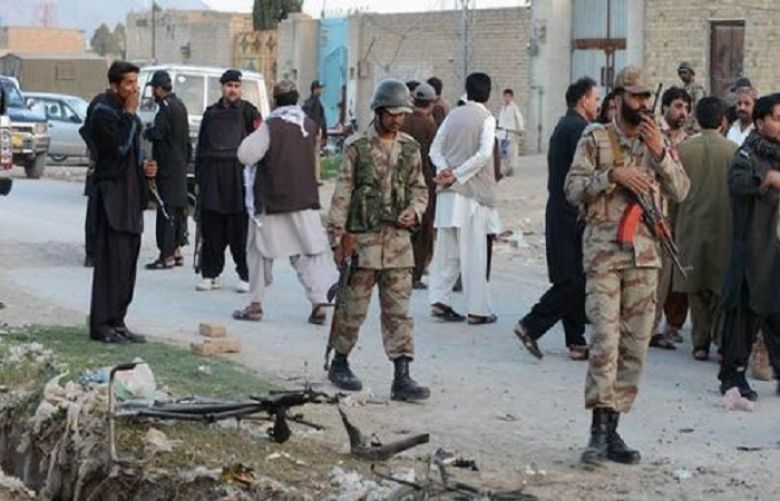 Seven soldiers of the Frontier Corps Balochistan have been martyred after terrorists attacked a post in Sharig, Harnai District on Sunday morning.

According to a statement issued by the Inter-Services Public Relations (ISPR), an intense exchange of fire took place between the terrorists and the soldiers as a result of which seven brave soldiers embraced martyrdom.

The site of the operation has been cordoned off and escape routes have been blocked to apprehended fleeing miscreants, the statement added.

The military's media wing further said that a large-scale search and clearance operation is currently underway to catch the culprits.

"Such cowardly acts by inimical elements backed by anti-state forces will not be allowed to sabotage [the] hard-earned peace and prosperity in Balochistan," the statement said.

"Security forces are determined to thwart their nefarious designs at all costs."

The seven soldiers who embraced martyrdom

The seven brave FC personnel who laid their lives in the line of duty last night include the following: