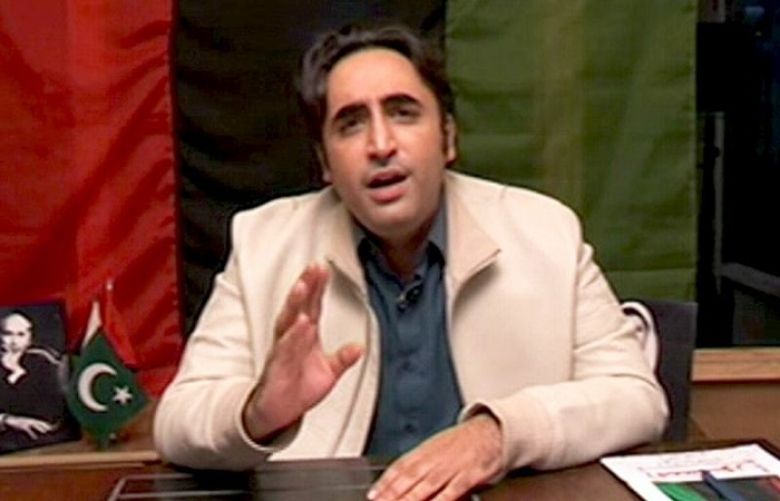 Pakistan Peoples Party (PPP) Chairman Bilawal Bhutto Zardari on Sunday asked the people of Quetta and Balochistan to support the Pakistan Democratic Movement (PDM), an alliance of political opposition parties in order to restore “real” democracy in the country.

Addressing the PDM rally in Quetta, the PPP leader said that the people of Balochistan are living in miserable conditions despite having plenty of natural resources.

“What kind of democracy is this where no one including media and people are free,” he said and added that nation wanted freedom from poverty, elimination of inflation and are demanding to restore “real” democracy.

Speaking over inflation, the PPP leader said that the prices of all necessities including medicine prices have skyrocketed under the Pakistan Tehreek-e-Insaf (PTI) government.

The PPP chairman also criticised the government for not laying the Pakistan Islands Development Authority (PIDA) Ordinance. ” The incumbent govt wants to seize the islands of Balochistan and Sindh”.

Bilawal Bhutto Zardari once again saluted the Sindh police officers who stepped down in the wake of the ‘Karachi incident’.

Pakistan Muslim League-Nawaz (PML-N) Vice President Maryam Nawaz on Sunday said that the people of Balochistan and Karachi demand that “give respect to vote”.

Addressing the Pakistan Democratic Movement’s (PDM) public meeting at Ayub Stadium in Quetta, Maryam Nawaz said that the cause of the problems of Balochistan was that the vote was not given respect.

Condemning the publication of blasphemous cartoons to target Islam and Prophet Muhammad (Peace Be Upon Him) in France, the PML-N vice president said that the sentiments of the Pakistani nation were hurt after depictions of the Holy Prophet Mohammad (PBUH) were projected onto public buildings in the country.