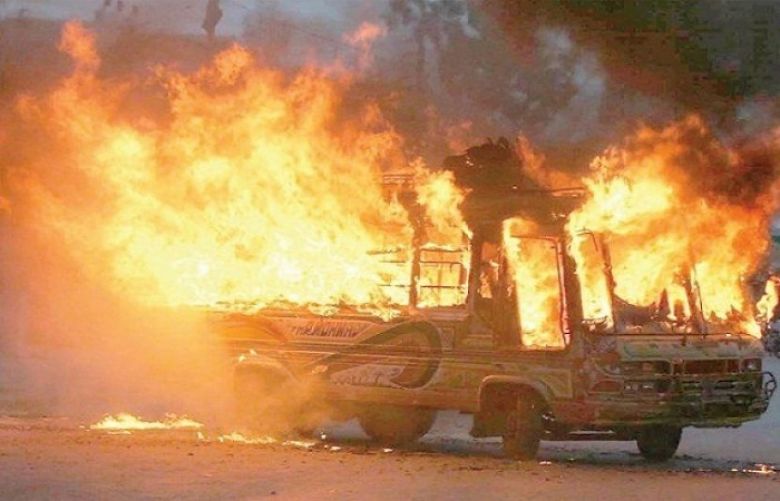 At least five people were killed Friday when a passenger bus they were travelling on caught fire in Khuzdar.

The incident took place in the area of Naach, Khuzdar, where a passenger bus caught fire. As a result five including, women and children were burnt to death.

Getting the information, the rescue teams reached the spot and moved the bodies to the hospital.
The cause of the fire could not be ascertained.

Earlier this year, at least six people were killed when a pickup van in which they were travelling caught fire after a collision with a rickshaw at North Karachi.

The shocking accident occurred at two-minute round about Chowrangi, area of Karachi when a pickup van caught fire after a collision with rickshaw. According to family sources, all people were going to attend a wedding ceremony.

The deceased include husband, wife and four children. Five other people also received burn wounds as a result of the collision between car and rickshaw. The injured have been shifted to a nearby hospital, said rescue sources.