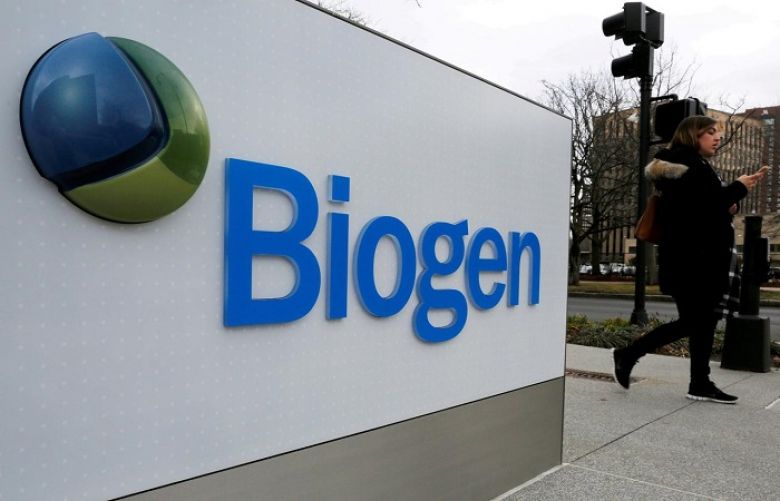 Biogen Inc (BIIB.O) on Tuesday made a surprising reversal on its Alzheimer’s treatment with plans now to seek U.S. regulatory approval, after data from more patients in two discontinued studies showed that the drug improved cognition at high doses.

The drugmaker’s shares soared 37% in premarket trade, erasing most of their losses this year that came after it abandoned two studies for the drug.

Biogen and partner Eisai Co Ltd (4523.T) had in March decided to end two late-stage trials of aducanumab based on a so-called “futility analysis” of data, which revealed the trials had little hope of succeeding.

The failure of the treatment, which was widely expected to be Biogen’s next blockbuster treatment, spurred demands on Wall Street for it to spend more on product acquisitions at a time when its peers have splurged on billions of dollars in deals.

The company said more data became available after the two studies were discontinued in March, resulting in a larger dataset and a new analysis showed that one of the trials met the main goal, while the other did not.

Patients who received aducanumab experienced significant benefits on measures of cognition and function such as memory, orientation and language, Biogen said.

The filing with U.S. regulators could “potentially bring back to life a drug that had been completely left for dead,” RBC Capital Markets analyst Brian Abrahams wrote in a note.

“The viability of such a filing is unknown, given the mixed results - in our view, Biogen is somewhat desperate for growth drivers... so a change in narrative is badly needed.”

Biogen said it plans to submit a marketing application for aducanumab in early 2020 based on discussions with the Food and Drug Administration.

There are no current approved therapies for reversing the decline of Alzheimer’s and any successful new treatment is likely to garner billions in sales. Alzheimer’s makes up 60-70% of an estimated 50 million cases of dementia globally.

Baird analyst Brian Skorney said an FDA approval for aducanumab is highly unlikely and expects Biogen to have an uphill climb to convince regulators that these results were nothing more than random chance.

Shares of Biogen, which had lost 25.7% of its value this year as of Monday’s close, rose to $307 in premarket trade.