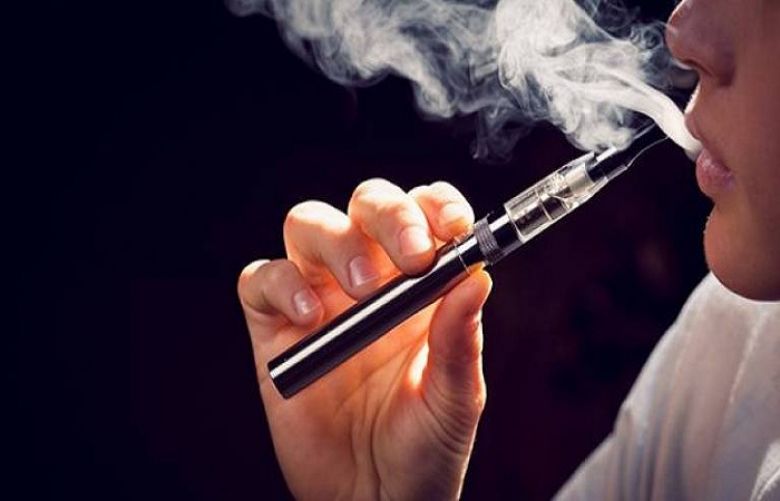 Donald Trump´s administration on Wednesday announced it would soon ban flavored vaping products, amid a growing outbreak of severe lung disease linked to e-cigarette use that has claimed six lives.

Addressing reporters at the White House, the US president said he and First Lady Melania Trump were worried as parents about the wave of illnesses that has sickened hundreds and left several teens in induced comas.

"We are both reading it," he said. "A lot of people are reading, people are dying of vaping," he added, vowing to act.

Trump was accompanied by Health and Human Services Secretary Alex Azar, who responded to a question over the timeline of the ban by saying his agency would issue rules in the coming weeks.

Following the release of new guidance, "there will likely be about a 30-day delayed effective date," said Azar. "At that point, all flavored e-cigarettes other than tobacco flavor would have to be removed from the market."

The agency said in a release that non-tobacco flavors were being targeted for their appeal to adolescents, with preliminary data for 2019 showing that more than a quarter of high school students had used e-cigarettes in the past 30 days and the overwhelming majority reported using fruit, menthol or mint flavors.

Tobacco flavors are seen as more legitimate product to help smokers quit tobacco-based cigarettes, but manufacturers will still need to apply for Food and Drug Administration (FDA) approval by May 2020 if they want to continue selling these products.

But Azar also tweeted that the ban could even be extended to include these flavors. "If data show kids migrating to tobacco-flavored products, we will do what´s necessary to tackle continued youth use of these products," he wrote.

The news was a major blow to the burgeoning vaping industry, worthx globally in 2018, according to Grand View Research.

It comes as concern grows over how more than 450 people who reported recent use of e-cigarettes have fallen ill, with symptoms including breathing difficulty and chest pain before some were hospitalized and placed on ventilators.

Several teens across the country have been placed in medically induced comas including one whose doctors said he may require a lung transplant if he recovers.

The Centers for Disease Control and Prevention has urged people to cease vaping while the investigation is underway.

Federal authorities have yet to identify a single substance common to all cases, but New York´s health department is focusing its probe on counterfeit cannabis cartridges containing vitamin E oil, which is harmful when inhaled.

E-cigarettes have been available in the US since 2006 and were widely considered a safer alternative to traditional smoking, even though experts had warned even before the current outbreak that it may take decades to learn about vaping´s long-term effects.

It´s also not clear why the US is so far alone in reporting such cases, and whether they are even new, or only being recognized now by medics after earlier misdiagnoses.

Whatever the case, wider public and political opinion appears to be hardening.

Trump´s announcement received bipartisan support, including from his longtime Republican critic and former presidential candidate Mitt Romney, and several Democrats including Senate whip Dick Durbin, who commended the FDA for "doing its job."

The FDA on Monday warned market-leading e-cigarette maker JUUL to stop advertising itself as a less harmful alternative to smoking, saying the company had broken the law in its marketing.