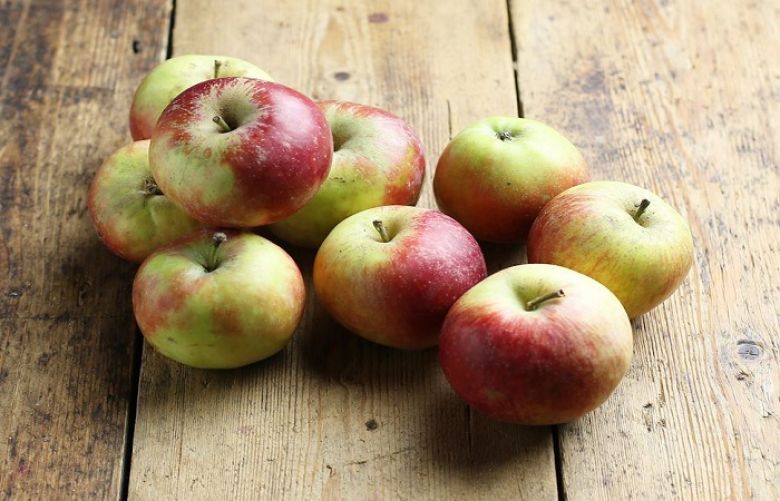 We eat millions of apples every year and they are a staple part of a healthy diet. Yet a single apple carries about 100 million bacteria - and most microbes are inside the apple so it won't matter how much you wash them.

The good news is that they are healthy for our gut and apple eaters who devour the core are also eating 10 times as much bacteria than those who discard it.

A new study also shows that organic apples harbour a more diverse and balanced bacterial community which could make them healthier and tastier than conventional apples, as well as better for the environment.

Austrian scientists compared the bacteria in conventional store-bought apples with those in visually matched fresh organic ones. Stem, peel, flesh, seeds and calyx - the straggly bit at the bottom where the flower used to be were analysed separately. Overall, the organic and conventional apples contained similar numbers of bacteria.

Organic health benefits
The majority of the bacteria are in the seeds, with the flesh accounting for most of the remainder, and it is organic apples that seem to have the edge when it comes to health benefits.

A group of bacteria that includes known pathogens - was found in most of the conventional apple samples, but none from organic apples. For Lactobacilli  - of beneficial probiotic fame - the reverse was true.