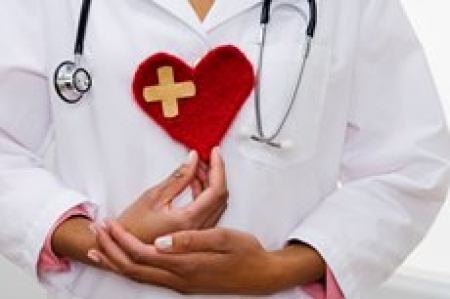 The findings come from one large UK hospital. But researchers say the results could extend to similar medical centers, too.

The study, reported in the European Heart Journal, looked at records from 2,571 patients treated for a more serious type of heart attack known as a ST-segment elevation myocardial infarction, or STEMI. Those account for about one-fifth of all heart attacks.

The best treatment for STEMI is emergency angioplasty, where a balloon-tipped catheter is threaded into the arteries to push aside the blockage causing the heart attack. Often, a tiny, scaffold-like device called a stent is left behind to keep the artery open.

One question has been whether STEMI patients who land in the hospital at night or on weekends might fare worse than those who arrive during "business hours." That's a possibility because during off-hours, senior staff would likely be on call rather than at the hospital.

In this study, though, patients who had an angioplasty during off-hours were no more likely to die in the hospital: 4.6 percent of them did, versus 4.3 percent of patients treated on a weekday between 8 a.m. and 6 p.m.

Their longer-term outlook was also similar. Over the next year and a half, 11 percent died, compared with 12 percent of patients treated during weekday hours.

The study was done in a large hospital that does a lot of cardiac procedures, said Dr. Mohaned Egred of Freeman Hospital and Newcastle University, the senior researcher on the work.

He thinks the results could be similar at other big medical centers with experienced staff and a "robust efficient activation system" that gets STEMI patients into treatment quickly.

"What the public can take away is that if they arrive with a heart attack at a high-volume, well-staffed center, their treatment outcome will be the same whether they arrive during normal working hours or out of hours," Egred wrote in an email to Reuters Health.

Dr. Gregg C. Fonarow, co-chief of clinical cardiology at the University of California, Los Angeles, agreed there is good news here for patients.

"Some, but not all, prior studies have suggested that quality of care, rapidity of treatment, and clinical outcomes may be less favorable in (heart attack) patients presenting during off-hours," Fonarow said in an email.

But in a study of 379 U.S. hospitals, Fonarow and his colleagues found that while off-hours patients waited a bit longer for angioplasty, their survival rates were the same as those of patients treated during weekday hours.

"Together these studies suggest there have been significant gains made by hospitals in providing high-quality care and excellent clinical outcomes for patients presenting with STEMI, irrespective of the time of day or day of the week," Fonarow told Reuters Health.

Still, that doesn't mean all hospitals provide the same care, day or night.

The hospitals in Fonarow's study were all part of the American Heart Association's "Get With The Guidelines" program - which was designed to improve heart attack patients' care. The performance at those hospitals could be better than at other centers.

And Egred said that more studies, particularly at smaller hospitals, are still needed.

Milder, "non-STEMI" heart attacks can often be treated with medication, though many patients end up having an angioplasty. However, Egred said, those patients would typically not need an emergency procedure on the spot.