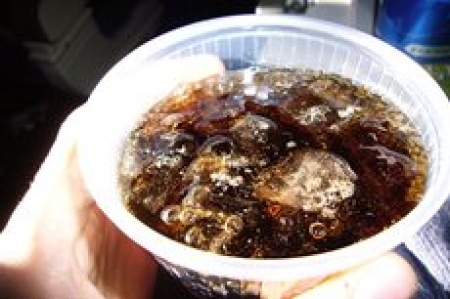 NEW YORK (Reuters Health) - Women who imbibe sugary soft drinks almost every day are 83 percent more likely to have a certain type of stroke than women who rarely drink sodas and other sweetened beverages, according to a new study from Japan.

Although the findings don't prove that sweet drinks are to blame for the higher stroke risk, other studies have shown links between high sugar intake and clogged arteries, said Dr. Adam Bernstein, a researcher at the Cleveland Clinic, who was not involved in the study.And "as the authors here saw, most of the (increased) risk was with ischemic stroke, the kind of stroke with plaque buildup" in the arteries, Bernstein said.The results agree with a host of other studies tying sugary drinks to all sorts of untoward health effects, including heart attacks, obesity and diabetes.Some governments have responded by trying to discourage people from choosing sweetened drinks, such as with tax proposals and New York's ban on super-sized sodas. Schools also have cut back on making sugary drinks available to students.

Given the increased availability of soft drinks in Japan over the past several decades, researchers, led by Dr. Hiroyasu Iso at Osaka University, wanted to see if soda drinkers there had also higher risks of heart disease and stroke.Nearly 40,000 people answered a dietary, health and lifestyle questionnaire, first in 1990 and again in 1995 and 2000.They split the people into four groups: those who rarely drank soft drinks, those who had one to two cups a week, those who had three to four cups a week, and those who had a soft drink nearly every day.Soft drinks were considered sugar-sweetened sodas and juices, and not diet sodas or 100 percent fruit juices.Frequently drinking diet soda has also been linked to a greater likelihood of suffering from a stroke, but the study did not take sugar-free sodas into account (see Reuters Health report of February 17, 2012).

The American Beverage Association, which represents soda and other soft drink makers, said the new research did not add much new information."This study does nothing to educate people about the real causes of heart disease or heart health issues," the association said in a statement. "It only shows what we already know to be among the risk factors for heart disease: ethnicity and age. There is nothing unique about soft drinks when it comes to heart disease, stroke or any other adverse health outcomes." NO LINK FOR MEN

The research group tracked how many people developed heart disease or had a stroke between the beginning of the study period until 2008.Women were more likely to suffer from a stroke if they had a soft drink just about every day compared to women who never drank them.For instance, out of 11,800 women who rarely had a soft drink, 205 - or 1.7 percent - went on to have an ischemic stroke.Of the 921 women in the drink-a-day category, 28 - or three percent - had such a stroke.The research team saw no link in men between soft drink consumption and stroke risk.

It's not clear why, but it's possible that men with early signs of cardiovascular disease might have cut down on their soda drinking."So when they're diagnosed with stroke down the road, those with early disease were drinking less," Bernstein suggested.The authors write in their report in The American Journal of Clinical Nutrition that the increased risk among frequent female soda drinkers might be explained by soft drinks' effects on metabolism.High soft drink intake is tied to an increase in weight gain, blood sugar and fats, and hypertension, which in turn is linked to an increased risk of ischemic stroke, they explain.

"It makes sense, if (sugar sweetened beverages) increase the risk for obesity, diabetes, insulin resistance, inflammation, then it should, in fact, raise the risk for cardiovascular disease, and that's what we're seeing," said Bernstein.The study did not find that soft drinkers had an increased risk of heart disease caused by clogged arteries, perhaps because the underlying metabolic problems tied to soft drinks are more of a risk factor for stroke than for heart disease in this group of people, the authors write.Bernstein said there's enough evidence against sugary drinks to justify efforts to curb their popularity and point people to healthier choices, such as coffee, tea and water."No single strategy is going to solve the problem, and I think a multipronged approach is going to work," he said.