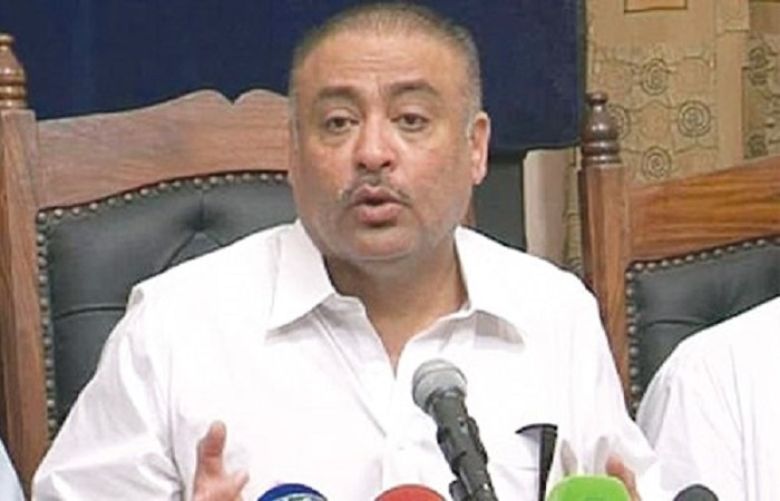 Health Minister Abdul Qadir Patel said on Friday that the government has ordered testing kits for to diagnose monkeypox — a viral disease that has been spreading in Europe and elsewhere in recent days — but he was quick to dispel reports that some cases of the disease had been reported in Pakistan.

The minister termed reports of the disease's presence in Pakistan "misleading" that "should not be taken seriously".

"We have alerted all [staff at] entry points [of the country] and there has been no case so far," he said.

On Tuesday, the National Institute of Health (NIH) had also clarified that no monkeypox cases had yet been detected in Pakistan and said news circulating about the disease's prevalence in the country on social media was "incorrect".

The clarification from the institute had come a day after it issued an alert, calling upon national and provincial health authorities to remain on high alert for any suspected case of monkeypox.

The NIH had further said that steps to pre-empt a potential outbreak in the country had already been taken, with arrangements made at all airports — including medical screenings — in order to identify any infected passengers.

According to an alert issued by the NIH, monkeypox is a rare viral zoonotic disease that is caused by infection with the monkeypox virus.

Although the natural reservoir of monkeypox is unknown, African rodents and non-human primates like monkeys may harbour the virus and infect people.

The alert said the disease could be transmitted through contact with infected animals, humans or materials contaminated with the virus.

The virus enters the body through broken skin, the respiratory tract or the mucous membranes like the eyes, nose or mouth.

The patient develops a rash within one to three days after the appearance of fever, often beginning on the face and then spreading to other parts of the body. Other symptoms include headache, muscle aches, exhaustion and lymphadenopathy.

The incubation period is usually seven to 14 days but can range from five to 21 days. The illness typically lasts for two to four weeks.