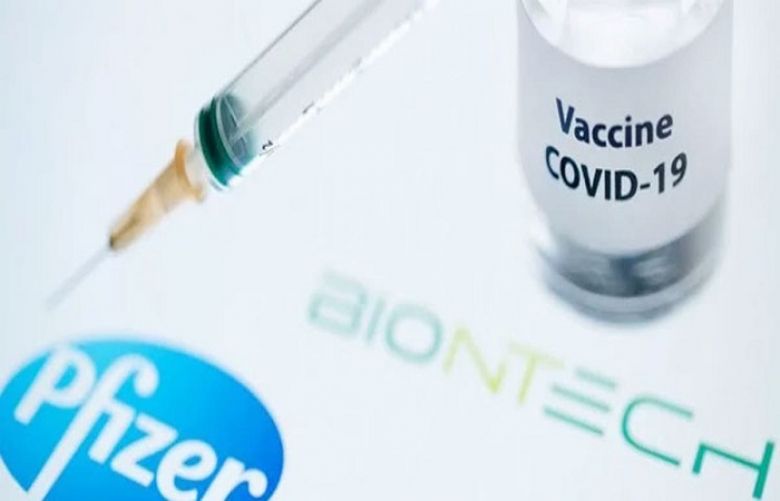 US experts met Thursday to assess whether to grant emergency approval for Pfizer-BioNTech’s Covid-19 vaccine and allow America to become the next country to move ahead with mass immunization.

The independent committee of experts convened by the Food and Drug Administration (FDA) will hold a non-binding vote at the end of the day, and the US regulator will determine after that whether to issue an emergency use authorization (EUA).

The arguments in favor seem to be overwhelming — it has already been greenlit by Britain and Canada — and the full results of a huge clinical trial of the vaccine were published Thursday in the New England Journal of Medicine, another major milestone.

These confirmed it was 95 percent effective with no serious safety issues, an outcome that was described in an accompanying editorial as a “triumph.”

“The trial results are impressive enough to hold up in any conceivable analysis,” the editorial said.

Nevertheless, the two dozen voting members of the Vaccines and Related Biological Products Advisory Committee (VRBPAC) were expected to mull outstanding issues closely in a live streamed event held over the course of the day.

These include difficult questions like when people who were on the placebo-arm of the trial should receive the vaccine, a tricky debate that weighs the need for more controlled data against paying back altruistic volunteers for their service.

If the panel votes in favor, as they are expected to, FDA approval could come at any time.

“We could then have an EUA within days and be administering doses of vaccine to our most vulnerable next week,” Health and Human Services Secretary Alex Azar said Wednesday.

In a trial of almost 44,000 people, there were two deaths in the vaccine arm and four in the placebo, with none thought to be related to BNT162b2, the technical name for the jab.

The most common side effects were run of the mill for vaccines, such as injection site reactions, fatigue and headache.

But Britain on Wednesday reported that two health care workers developed significant allergic reactions to the vaccine as the country rolled out its massive drive Tuesday.

Should the US panel vote to approve, they will almost certainly recommend that people who are predisposed to allergic reactions should hold off on vaccination for now.

And, according to the FDA, there were four people in the vaccine arm’s subjects who developed Bell’s palsy — a facial paralysis condition that is usually temporary — but none in the placebo group.

“(The incidence) really very much mirrors what one would expect if you just took 20,000 people off the street,” Anthony Geraci, an associate professor of neurology at Hofstra University, told AFP — but the FDA recommended collecting more follow-up data.

The FDA has been praised for its diligence and transparency, which has helped restore its reputation that took a hit earlier on in the pandemic over perceptions that President Donald Trump had leaned on it to issue questionable authorizations.

These included the drug hydroxychloroquine as a Covid-19 treatment, which was later revoked.

The first vaccine dose begins to protect patients ten days after injection, and the booster shot reduces the risk of developing Covid-19 by 95 percent compared to being unvaccinated.

The best news is that it also seems to stop the most severe forms of the disease, said Yale vaccinologist Saad Omer.

It is not yet known how long the protection will last.

But top US government scientist Moncef Slaoui said Wednesday he was confident that, based on animal testing, the injection would create long-term immune memory rather than a response that quickly fades.

Another open question is how well the shot will stop virus transmission, and whether it will be effective in children, pregnant women, and the immunocompromised.

The next step is distribution, which is being coordinated by the federal government but handled by private partners like FedEx.

The first wave of shipments will include around three million doses, which will be transported from the Pfizer plant in Kalamazoo, Michigan in dry ice containers kept at -70 degrees Celsius (-94 degrees Fahrenheit).

From there it will ship out across the US, ready to be injected into the arms of long-term care facility residents and health care workers — the two groups standing at the front of a long line of Americans waiting their turns.