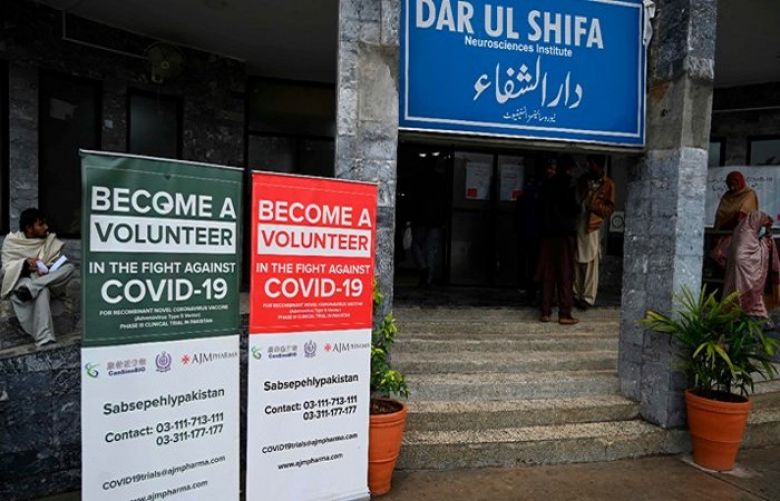 Scores of volunteers from across Pakistan are flocking to research hospitals to join the final-stage clinical trials of a Chinese-made vaccine for coronavirus.

It is the first time Pakistan has participated in such a trial, which comes amid a string of positive vaccine announcements by Western pharmaceutical companies this month.

The vaccine is being developed by CanSinoBio and the Beijing Institute of Biotechnology China.

"I have volunteered myself for a noble cause that will help humanity," said a volunteer at Islamabad's Shifa hospital, where hundreds of participants are being paid about $50 for their trouble.

Others should "step forward and take part in this noble cause which will save lives," he added.

For years, China has focused much of its attention in Pakistan on mammoth development projects, bankrolling the construction of roads, power plants and a strategic port.

Moderna Inc's MRNA.O: Can the new coronavirus vaccine be stored in ordinary refrigerators?

Beijing has now tapped one of its closest allies to participate in the vaccine trials, despite Pakistan's chequered history with inoculation campaigns.

"We hope to have some findings ready about the accuracy and efficacy of the vaccine in two to three months," Ejaz Ahmad Khan, the principal researcher overseeing the trial in Pakistan, told AFP.

Officials said Pakistan has already inoculated about 7,000 of the 10,000 participants expected to receive a jab.

The trials come with intensive care wards across the country nearing capacity as a second, deadlier wave of the coronavirus spreads and officials struggle to counter public indifference to the pandemic.

The country has confirmed more than 382,000 cases including over 7,800 deaths since the virus arrived in late February.

Less than a year after the coronavirus that has claimed 1.4 million lives began spreading across the globe, a number of highly promising COVID-19 vaccines are on the cusp of release.

Four separate drug makers have recently announced that their vaccines are effective for most people.

Due to lingering suspicions over vaccines, Pakistan is one of just two countries where polio continues to spread, sparking fears that a new drive to inoculate the population against the coronavirus will fail.

The Chinese vaccine is also undergoing phase 3 trials — or large-scale testing on humans — in several other nations including China, Russia, Chile, Argentina and Saudi Arabia.