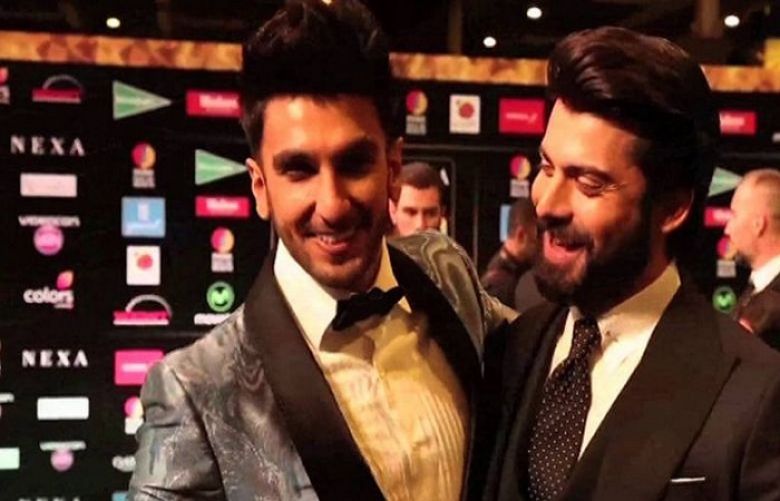 File Photo Fawad Khan has been reigning over the showbiz industry

Pakistani heartthrob Fawad Khan has been reigning over the showbiz industry in not just his home country but has undeniably made his mark across the border in Bollywood as well.

An old video of the Khoobsurat actor has been making rounds online where he shares some endearing and hilarious moments with Bollywood bigwigs Ranveer Singh and Karan Johar at the 17th IIFA Awards.

In the video, the Gully Boy actor can be seen gushing over the Humsafar star as his female fans were sent in a tizzy over his arrival at the red carpet with Karan Johar.

Imitating his crazed admirers, Singh says: “What happens to chicks when they see him? What happens to you all?” Someone from the crowd shouts back saying, “Kuch kuch hota hai.”

All the while, Khan gushes and lets out a chuckle while looking characteristically dapper.