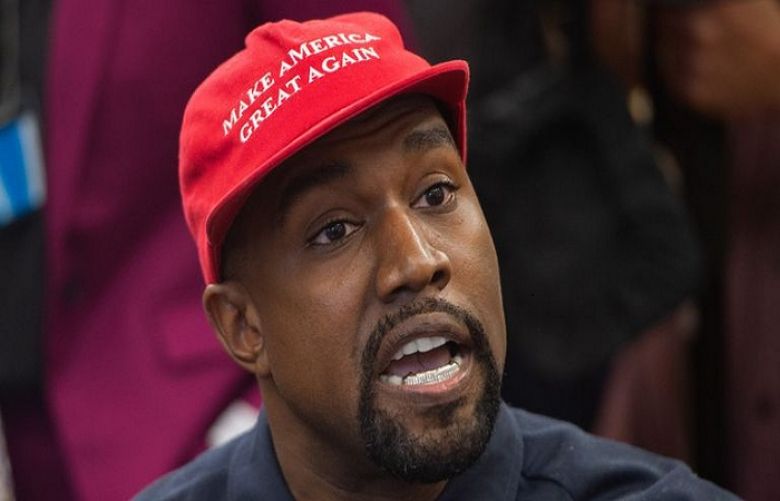 File Photo vocal supporter of Trump, announced that he would run for president in 2020.

American rapper Kanye West and his famously cordial ties with US President Donald Trump seem to be a thing of the past.

A vocal supporter of Trump, announced on Saturday that he would run for president in 2020.

“Trump is the closest president we’ve had in years to allowing God to still be part of the conversation,” he said.

“Like anything I’ve ever done in my life, I’m doing to win”, he added.

He refrained from commenting more on the subject, turning his guns towards presumptive Democratic presidential nominee Joe Biden instead, saying he isn’t “special.”

“I’m not saying Trump’s in my way, he may be a part of my way. And Joe Biden? Like come on man, please. You know? Obama’s special. Trump’s special. We say Kanye West is special.

He also opened up about his race with the White House and the lack of Black leaders in the electoral race: “One time I talked to Jared Kushner who was saying we don’t have Black leaders, we just have hustlers. Why? Because they killed all the Black leaders.”

West said that currently his advisors are the only two public figures who have openly endorsed him, his wife Kim Kardashian and Tesla CEO Elon Musk.

Speaking about Musk’s support for his presidential bid, West said: “We’ve been talking about this for years. I proposed to him to be the head of our space program.”