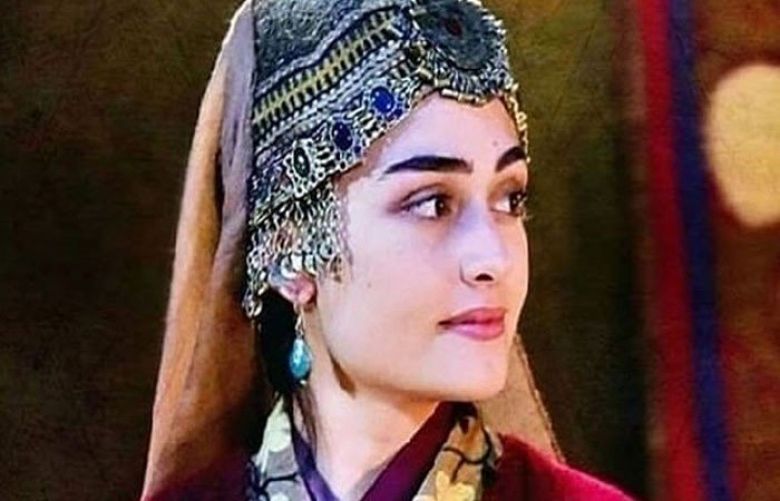 A dance video of Turkish actress Esra Bilgic, who has won the hearts of millions of Pakistani fans with her outstanding performance in historic drama serial Diriliş: Ertuğrul or Ertugrul Ghazi, has gone viral on the internet.

In the viral video doing the rounds on social media, Esra who essays the lead role of Halime Sultan, the wife of Ertugrul, could be seen shaking a leg on a Turkish song during a party.

Turkish drama series Ertuğrul has swept over Pakistan with its Urdu-dubbed version airing on small screens and its episodes are trending on YouTube every day.

Turkish actors who starred in the series have become popular among the people of Pakistan after it started airing.

A large number of Pakistani fans are following them specially Esra and lead actor Engin Altan Duzyatan on Instagram and other social media platforms.

However, Esra was recently criticized on social media by some of her Pakistani fans for what they thought was "inappropriate" dressing.