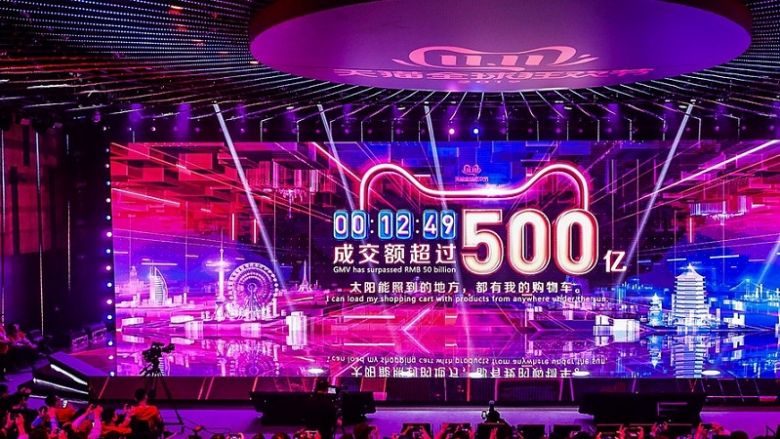 At the end of the event, GMV stood at 268.4 billion yuan, just under a 26% rise from the figure posted last year. That’s a slower growth rate than the 27% seen on last year’s Singles Day. In dollar terms, the GMV figure was around $38.3 billion.

It was the 11th edition of the annual Singles Day event — also called the Double 11 shopping festival because it falls on Nov. 11. During the 24-hour period, which began at midnight in Singapore and Hong Kong, Alibaba offered huge discounts across its e-commerce sites such as Tmall.