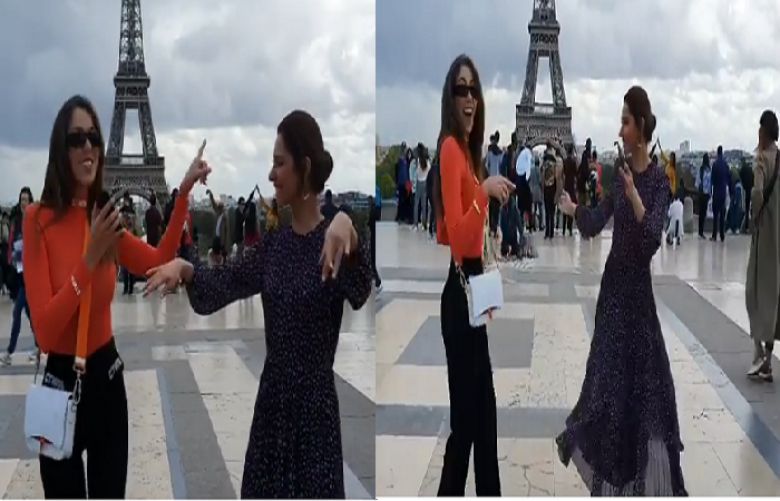 Pakistan's heartthrob Mahira Khan set social media ablaze after she posted a video of herself dancing with Lebanese actress Daniella Rahme to an Arabic song in front of the Eiffel Tower in Paris, France.

Rahme, the Lebanese actress who shared the video on Instagram, wrote that she and Mahira decided to dance to Emirati singer Hussain Al Jassmi's "new hit in the middle of Paris!"

"My crazy Mahira … Miss you already beauty," said Rahme, who had also walked the ramp with Mahira earlier at the Paris Fashion Week.

Earlier, she had posted a video of the duo with the caption, "WE ARE WORTH IT!", and said she had "walked alongside some of the most inspiring women with my #Lorealparis family".

At the Paris Fashion Week, Pakistan's undisputed fashion and beauty queen set fire to the ramp as she flaunted a leather jacket, skinny black jeans, and a white shirt with coiffed hair.