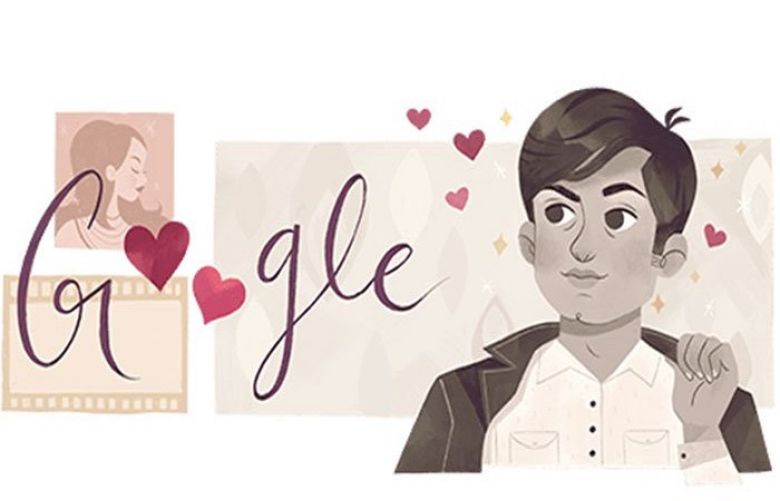 If you hover the cursor on the doodle, you will see ‘Waheed Murad’s 81st birthday’ written in the popup text.

Pakistani cinema is indebted to the great film actor, producer and script writer who charmed the cinema-goers with his expressions, attractive personality, tender voice and unusual acting talent.

Much before Rajesh Khanna ruled Bollywood as a romantic hero, Murad had kept the film-viewers mesmerised with his magical aura. As such, he is considered one of the most famous and influential actors of South Asia. The world gave him the title of ‘Chocolate Hero’.

Born in Karachi, Sindh, he started his filmy career when he was 21 years old. He landed in his first role as a cameo in 1959 in the film Saathi.

He started working as a producer at his father's established 'Film Art' in 1961. As a producer, his first film was Insaan Badalta Hai in 1961.

His naughty facial expressions and gestures, bold romanticism and alluring performance style during picturization of songs made him immensely popular.

One of his films is Armaan, which was produced by him, made a pivotal impact on the sub-continental film industry such that the Pakistani film industry was considered as the rising star and the film made him a superstar overnight.

He won many awards for recognition of his services to the film industry while in November 2010, after a long period of 27 years after his death, the Pakistani government awarded him with 'Sitara-e-Imtiaz', the third-highest honour and civilian award by the State of Pakistan, given in the fields of literature, arts, sports, medicine, or science.

Murad produced eleven films under his father’s established ‘Film Art’. He was the youngest film producer in the industry at that time. Most of his produced films were either Golden Jubilee or Silver Jubilee.

Murad’s acting style has the legacy of being taught in Indian and Pakistani film institutions. He is considered as one of the pioneering Rock n’ Roll stars of Pakistan. His fans term him as the cultural icon of the Pakistani Film Industry.