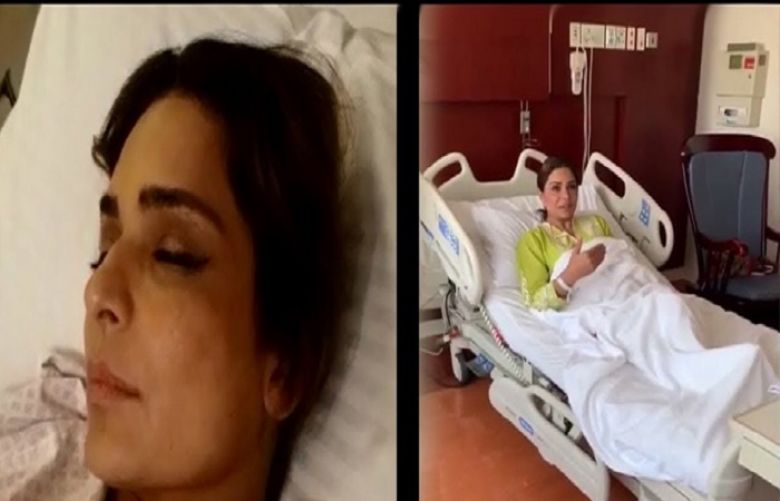 Doctors have advised Meera to seek an operation for her condition, but a final decision in this regard may be made after the results of her blood tests are received.

According to doctors, Meera has also complained of burning sensations on her skin. Doctors want the film actress to rest for the time being while they assess her symptoms.

Meera asked her fans to pray for her quick recovery. She also revealed that she had just returned from touring the United States, and had been complaining of stomach pain since some time.

Fans of the film star and other well-wishers from the Pakistani community in Dubai visited Meera in hospital and prayed for her recovery.