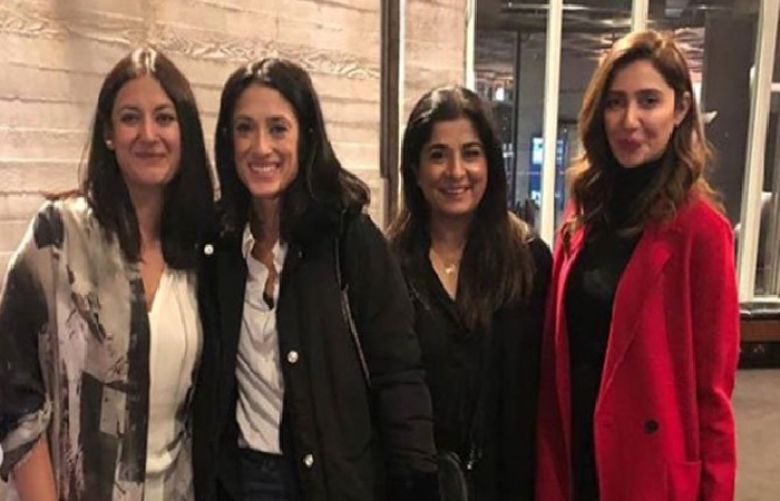 Best-selling author Fatima Bhutto and actor Mahira Khan were snapped together in London on Wednesday night, where the two are promoting United Kingdom events related to the new Bhutto book.

According to reports, Bhutto was in London for an exclusive preview of her new book, The Runaways, which was officially released in March throughout the United Kingdom.

Pictures of the event were posted on Instagram by journalist Mohsin Sayeed, who shared a total of 4 pictures from the meet-up to his Instagram followers.

The Pakistani author discussed her book and nationalistic politics with Gary Younge, the editor-at-large at The Guardian and the author of Another Day in the Death of America. 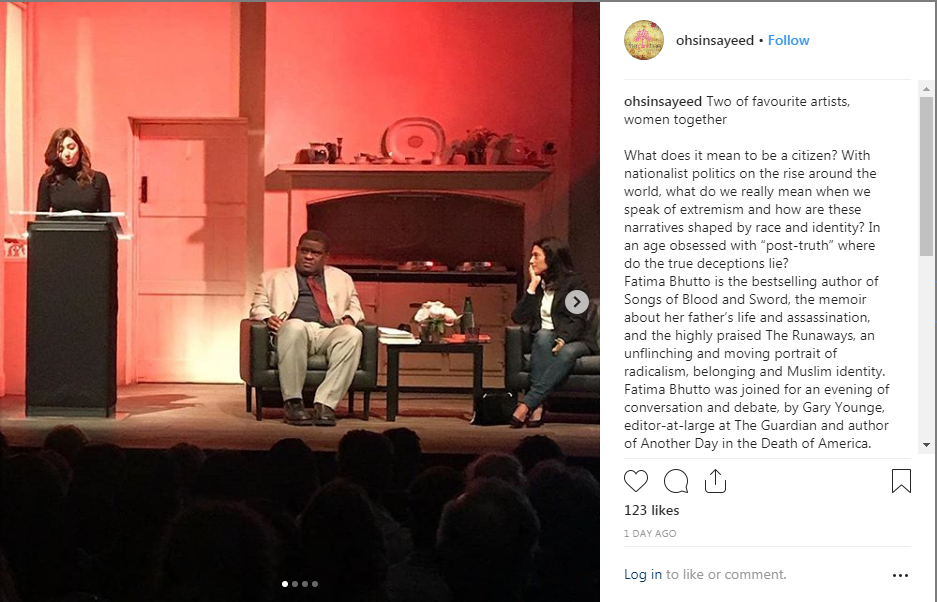 Later, actor Mahira Khan read a passage from the book to the audience. This was the first time a Pakistani performed at the National Theater in London, according to journalist Mohsin Syed.

Mohsin Sayeed wrote, “Mahirah Khan blew everyone away in the audience with her beautiful reading. This was the first time ever that a Pakistani actor performed at the National Theatre in London."

Now that is what you call two stars in one frame.