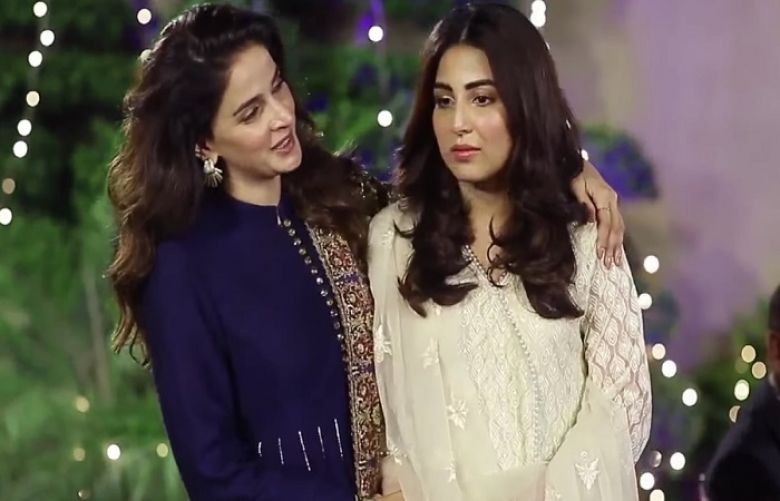 Someone please explain to me why Pakistani writers love to drag a story until they lose the purpose of said story? Why is the overdose of depression and tragedy so necessary?

Cheekh, a drama started out with a pretty sound script wanting to make a difference and wanting to give women a voice – yet somewhere after episode 15, it lost track of its goals. At this point Cheekh might as well have been titled 'Aansoo'. Don’t get me wrong; there are some good scenes and lines, but they are few and far in between.

Cheekh is the story of Mannat (Saba Qamar) getting justice for her friend Nayab's murder (played by Ushna Shah) that her [Mannat's] brother-in-law, Wajih commits. Mannat is married to Shayaan, Wajih’s older brother. The case is finally in court and hearings have begun.

Wajih (Bilal Abbas Khan) goes to ultimate extremes and crosses many lines to hurt Mannat emotionally and physically, with no regard for his own brother or for the consequences. From uploading a video stating Mannat is getting back at him because he rejected her, to having her mother’s house vandalised and locking her up in her own storeroom, Wajih does whatever he can to harm Mannat.

Mannat and Shayaan (Emmad Irfani) learn they are expecting but again, because of Wajih, she unfortunately loses the baby. Wajih's lawyer (Shabbir Jaan) not only encourages all of this, but presses him to do more to scare and break Mannat. He lies in court, shows a forged suicide note by Nayab, and even gets the inspector to lie on the stand.

Yawar, the older brother (Aijaz Aslam) is getting tired of Wajih’s tactics but still does nothing to stop him. We learn that it is he who is unable to have kids and not his wife, Shahwar (Maira Khan). He had reports faked five years ago cause his ego is bigger than his conscience and he is a weak, weak man. When Shahwar finds out the truth, she pretends that she is expecting and all hell breaks loose when he finally acknowledges that he can’t have kids and then… wait for it… he divorces her! This perhaps is the most preposterous end to that relationship, and I’ll discuss why.

Haya’s (Azekah Daniel) character has a random epiphany after Wajih tells her he lied about Mannat having feelings for him. She still doesn’t believe that her brother killed Nayab, but not only does she apologize to Shayaan and Mannat, but also helps Nayab’s family.

Ramzan Ahmed (Nayab’s father, played by Noor-ul-Hassan) loses his job and house and end up on the street thanks to Wajih and his thugs. Shariq sees them at a mazaar and calls Haya after bringing them home with him. Haya arranges for a house and takes financial responsibility for the entire family.

In episode 21, Mannat realizes that not only did this fight take everything from her, but also from her husband. It’s also the episode where Mannat’s mother continuously gets threatening phone calls telling her to stop her daughter from going to court or they’ll kill her.

That’s it ladies and gentlemen, the last four paragraphs are episodes 15-21. I have no clue as to why writer Zanjabeel Asim has dragged the script so much. There are numerous unnecessary scenes like Ramzan’s wife leaving him after he loses his job and then coming back – only to end up on the streets (by the way his wife’s makeup was pretty perfect for someone who doesn’t even have food to eat).

And the interaction between Haya and Shariq where he throws a glass in front of her car, even though the interaction just before that was quite pleasant and polite... that scene was completely out of place, even for a flashback. The scene where the househelp Lalu is framed for stealing Wajih’s phone and gets beat up, only to have Yawar apologize to him justifying it as Wajih under stress was also ridiculous.

But one of the most important scenes that absolutely horrified me was when Yawar divorces Shahwar. Don’t get me wrong, the divorce was absolutely necessary. Shahwar was lied to and disrespected for 5 years, made to feel “incomplete,” and Yawar treated her like he was doing her a favour by not asking for any kids even though he was the one with the medical condition.

But for the scene to have an impact or change narratives, Shahwar should have been the one to leave Yawar and ask for a divorce. This would at least have preserved her respect.

As a writer, you can tell whatever story you want – you have a chance to change thoughts and narratives, so why not? Why must one female be humiliated to the core just so another can somewhat fight?

Cheekh is supposed to be a story about a woman (Mannat) getting justice for her friend’s attempted rape and murder by her brother in law. She goes against everyone to do this with the only support being her husband. But by making every other woman in the drama appear weak, the show seems to be suggesting that if one woman seeks justice, all other women will pay the price for this.

Udaari dealt with this issue a lot more sensibly and with much more sensitivity even though within that drama, a massive difference of class and resources existed between abuser and abused. No one lost anything because of the fight. The women all stood as one to get justice — which they did. It was hard, but other women weren't humiliated to get justice. This proves that the misogyny shown in Cheekh just isn't necessary.

Also unnecessary is the plot point that shows Mannat losing her unborn baby. In choosing this, the writer is (again) saying women should just be quiet or lose everything they have if they want to fight. The overdose of tragedy and depression that Mannat and Shayaan have to go through is ridiculous.

There were some good scenes though. All the scenes between Mannat and Shayan are actually pretty great, especially the one where she hears him crying in the bathroom and the conversation they have afterwards is very real. For once, a husband has been shown to not only stand by his wife, but to also be sensitive and real about what he himself goes through after the loss of an unborn baby. Men usually aren’t shown like that in Pakistani dramas, so I do give the writer points for that.

Emad Irfani brilliantly portrays Shayaan in every manner. Not once does he tremble or lose sight of his character. He is made to go through a variety of different emotions and he does it all, flawlessly. The only other person I have seen who is able to do this is Fahad Mustafa!

Bilal Abbas Khan – this guy rocks as a psychopath. Wajih is relentless – he is calculated, he doesn’t at all care about who he hurts, or the consequences afterwards, and he is even there to rub their noses in it. If he were to sell his soul to the devil, the devil would give it back! I haven’t yet seen a psychotic character like this in Pakistani dramas and Bilal Abbas Khan aces it. There’s a scene where Shayan confronts Wajih saying “agli dafa waar karna hai to mere saamne karna, peeche nahi,” and he instantly without thinking says “done!” This guys is phenomenal!

Saba Qamar is as close as anyone can get to being compared to Marina Khan. She too has to go through a variety of emotions and is perfect in all of them.

The one person I’m really surprised about is Aijaz Aslam. I was never a fan and always thought he was OTT, but he fits into Yawar’s character like a glove. Yawar is this confused and weak egomaniac and for some reason, he has me feeling for him at times. It’s a very complex character and Aijaz Aslam does complete justice to it.

As flawed as the plot is, Cheekh's script does allow for layered characters.

In terms of direction, Badar Mehmood does a decent job with the script he has. He extracts complete perfection from his characters and gives us a great visual. The editing isn’t as up to par as it has been previously either as 21 episodes could easily have been delivered in 14-15 episodes.

I believe there are 5-6 episodes left so hopefully they’ll be better than the last few episodes. I really wish ARY had presented Cheekh in double episodes – it would have been more tolerable then.