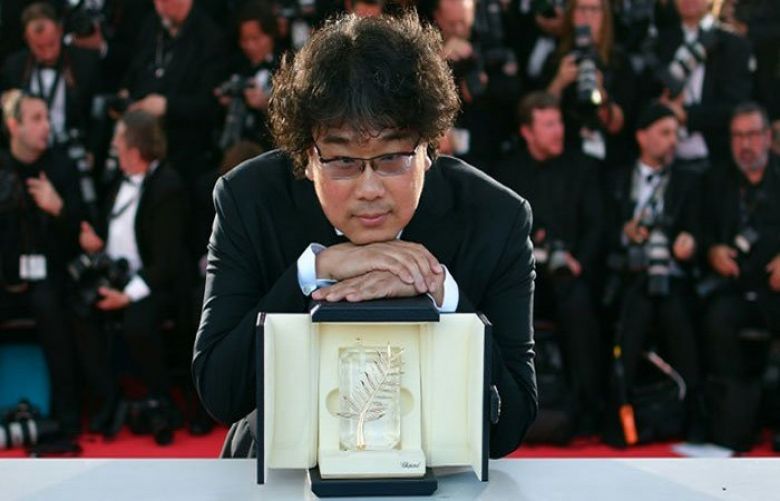 Parasite, a wickedly humorous suspense movie about class struggles directed by South Korea’s Bong Joon-Ho, won the top Palme d’Or prize at the Cannes Film Festival on Saturday, on a big night for newcomer filmmakers too.

Bong, who made his mark at Cannes in 2017 with Netflix-produced Okja, is the first South Korean to nab the award at the world’s biggest cinema showcase.

The unanimous decision to crown Parasite partly came down to its unexpected mash-up of genres, this year’s jury president, Alejandro Gonzalez Inarritu, the Mexican maker of Birdman, told reporters.

It was up against films by a whole cast of industry heavyweights, including Quentin Tarantino’s latest opus, Once Upon A Time In Hollywood.

Set in modern South Korea, Parasite follows a down-on-its-luck family of four who worm their way into jobs in a wealthy household. The darkly comic tale doubles up as a thriller, with flashes of violence.

Bong told Reuters that his film — which pokes fun at the affluent mother gushing about her art genius son, or at a family in a cramped flat trying to capture the Wi-Fi signal off their neighbours — reflected “the reality of the times.”

“I really respect films that deal with heavy political issues very seriously but I much prefer to mix that with humour,” Bong said.

“While they’re laughing I want them to be hit like a hidden blade behind their pocket when they’re not expecting it.”

The award adds to a successful run at the French cinema showcase for Asian films after Japanese director Hirokazu Kore-eda got the prestigious gong last year.

With four female directors in contention for the Palme d’Or this year out of 21 entries — at a time when filmmakers are pushing for more gender equality in the industry — it was Diop who made a splash in the end.

Atlantics is a ghost story that turns the spotlight on the women who are left behind as their partners and loved ones set off from Dakar on a perilous sea crossing.

Diop, the first black woman ever to vie for the top Cannes award, said it was not foremost in her mind after her win but added that the recognition was symbolically important.

“It doesn’t really belong to me but I’m OK to be that person, to be that woman,” Diop said.

French director Celine Sciamma won a prize for best screenplay for her lesbian love story Portrait Of A Lady On Fire.

Spain’s Antonio Banderas won the male acting prize for his role as a tortured filmmaker in Pedro Almodovar’s loosely biographical Pain And Glory.

He dedicated his award to Almodovar, who was hotly tipped for recognition but still has never won the Palme D’Or.

“It is a shared prize. Not only just because I’ve been directed by him, because it’s the eighth movie we’ve done together... but because I play him,” Banderas told Reuters, adding that “99.9 per cent” of his character was based on the filmmaker.

Britain’s Emily Beecham won best actress after starring in Jessica Hausner’s Little Joe as a botanist who starts having doubts about her latest genetically modified creation.

Ly had called on French President Emmanuel Macron to watch his film after it screened at the festival, saying his thriller about a chaotic police patrol could provide an insight into a wave of demonstrations in France over the past six months.

He told reporters on Saturday that Macron had responded and that the film crew was going to organize a screening at the Elysee Palace.

The prize for Bacurau caps a successful Cannes for Brazilian films after another entry from the country won the second-tier Un Certain Regard competition on Friday.

Filmmakers there have warned about tough times ahead for the Brazilian movie industry, after far-right President Jair Bolsonaro said he would battle “cultural Marxism” and reduced the remit of Brazil’s culture ministry.

“Over the last 15 years there was a very slow build-up of interesting ideas and funding to support Brazilian film production. Now we don’t really know what’s going to happen,” Mendonca said. “The fact that these films are doing well in Cannes is important.”

Among other prizes, Belgian filmmaking duo Jean-Pierre and Luc Dardenne jointly won the best director prize for their movie about a radicalized teen, Young Ahmed.