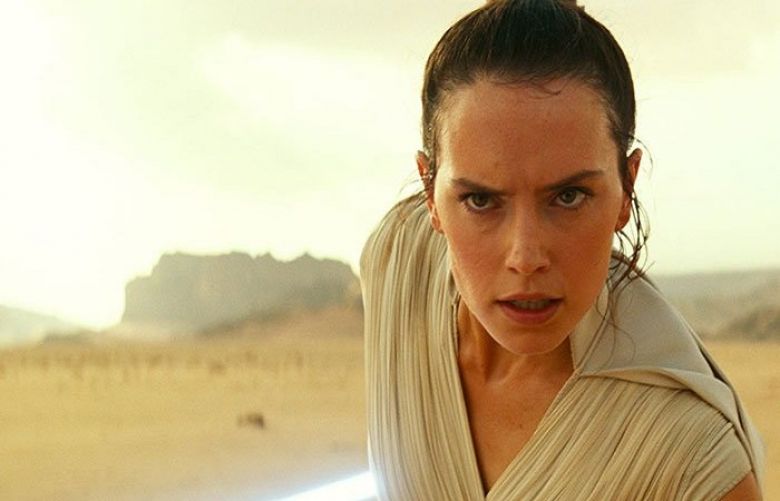 The ninth film in the original Star Wars saga will be called The Rise of Skywalker, and will feature the return of the evil emperor Palpatine to threaten the young heroine Rey and the Resistance, Walt Disney Co revealed on Friday.

Disney showed fans attending the “Star Wars Celebration” convention in Chicago the first footage from the movie, which will be released in theaters in December and will conclude the story that began in 1977.

A villainous cackle was heard at the end of the trailer, and the actor who played Palpatine in previous films, Ian McDiarmid, walked onstage to loud applause from an audience of roughly 10,000 fans, many waving colorful lightsabers.

As of Friday afternoon, the Rise of Skywalker trailer had been viewed online about 11 million times.

Director JJ Abrams, speaking alongside a handful of cast members, said the movie takes place some time after the events of the 2017 film The Last Jedi.

The footage showed a hug between Princess Leia, played by the late Carrie Fisher, and Rey (Daisy Ridley). Fisher died in 2016, but Abrams said that in a “weird miracle,” he was able to piece together unused footage from Last Jedi to continue the beloved character’s story.

“Princess Leia lives in this film in a way that’s mind-blowing for me,” he said.

The director disclosed little about the plot, however.

“This movie is about this new generation, what they’ve inherited, the light and the dark, and are they ready?” he told the crowd.

In an interview, Abrams told Reuters that writers met with Star Wars creator George Lucas before they started to script the final chapter in one of the world’s most-celebrated movie franchises.

The goal was “to create something that gives a sense of surprise and thrill and heartbreak, and shock and awe, but also feeling like an inevitability,” he said.

The circumstances surrounding Palpatine’s return remain a mystery. The character appeared to die in 1983’s Return of the Jedi. In the trailer released on Friday, the voice of Luke (Mark Hamill) says to Rey that “no one’s ever really gone.”

Luke also tells Rey that “we have passed on all the knowledge,” and that the fight against evil is now hers.

But the largest ovations came for Kelly Marie Tran, who plays mechanic Rose Tico, and Billy Dee Williams, who returns to the series as con artist Lando Calrissian after last playing the character in 1983.

Naomi Ackie, who joined as a new character named Jannah, said she could not confirm or deny speculation that Jannah was Calrissian’s daughter.

“I got chills. I was pretty emotional from the panel leading into it and then when the trailer kicked off I was just so thrilled. I just can’t wait,” said Jon Barnes.