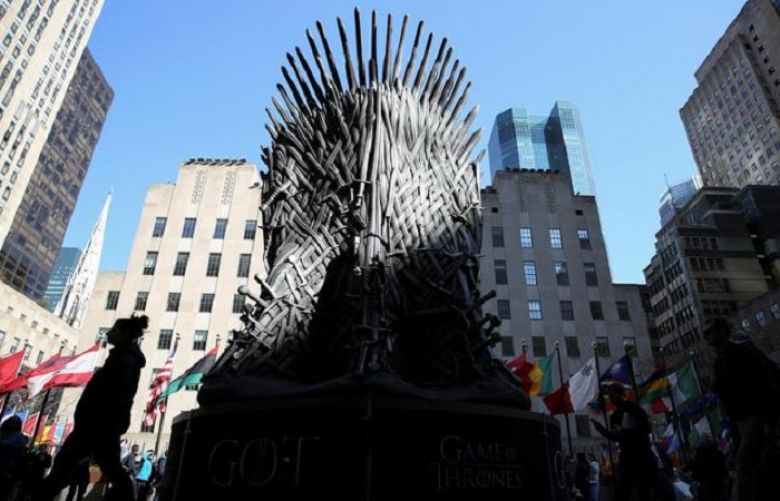 File photo For the ultimate 'Game of Thrones' fan. How to speak Valyrian

American linguist David J. Peterson may have built up the unique and ancient languages for the television series “Game of Thrones” but when it comes to who speaks Valyrian best, there’s no contest.

“The best is Jacob Anderson,” Peterson told Reuters. “He plays Gray Worm on ‘Game of Thrones’ and he’s so good, he’s so good. He is head and shoulders better than me.”

“When I heard him the first time speak the Valyrian language I just said, ‘wow.’ I went back and re-watched it,” he said.

Peterson, a co-founder of the Language Creation Society, started off by building on a few keys words and phrases created by George R.R. Martin in his “A Song of Ice and Fire” novels that form the basis of the HBO hit medieval fantasy series about warring families.

“I didn’t reference any other languages. After I included all of (Martin’s) material I built it up in a way that I thought book readers and George R.R. Martin himself would expect and appreciate.”

When Peterson got the scripts for the TV show, producers tagged all the lines he had to translate into Valyrian or Dothraki.

He then broke up the language syllable by syllable for the actors, and recorded it for them.

“I record really slow so they can hear exactly how it’s pronounced, and then I record the English for reference,” Peterson said.

Although the final season of “Game of Thrones” starts on Sunday, the languages will go on living.

Peterson has developed a course on the Duolingo foreign language app where fans can learn to speak Valyrian for free. According to the Duolingo app, there are currently over 800,000 active Valyrian learners - more than those learning Norwegian or Hindi.

“I also do all the recordings so that’s my voice that you’re hearing when you use the app. And I also take it myself because it’s nice to brush up,” Peterson said.