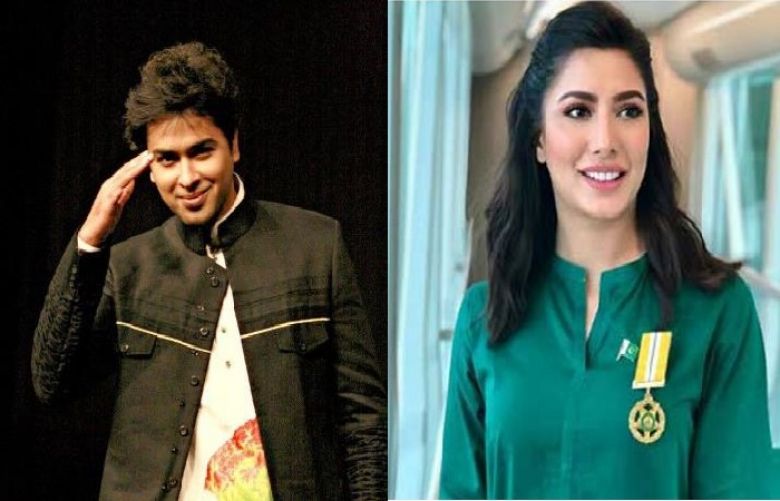 Singer and social activist Shehzad Roy has come out in support of actress Mehwish Hayat, whose Tamgha-e-Imtiaz award stirred a controversy online.

"People waste no opportunity to tear down the arts and women in Pakistan. So of course, if a woman wins an award in the arts, all hell would break loose," Roy tweeted.

“U @MehwishHayat won the debate that followed & created an enabling environment for women from arts to come forward, & when they do, trolls will think twice,” the singer hit back at her haters.

People waste no opportunity to tear down the Arts & women in PK. So ofcourse if a woman wins an award in Arts,all hell wud break lose.U @MehwishHayat won the debate tht followed & created an enabling enviroment for women from arts to come fwd.& when they do,trolls wil think twice

Mehwish Hayat, who has starred in several Pakistani blockbusters including ‘Punjab Nahi Jaungi’, was awarded the Tamgha-e-Imtiaz on Pakistan Day, but her haters called out the actor as non-deserving of the civilian honour both leading up to and after the ceremony.

Hailing Roy’s tweet, Hayat called it a “watershed moment” for the industry.

It is so refreshing to see that sane voices still prevail. I think that this is a watershed moment. The industry needs to come together and fight this abuse that we are all subjected to. Lets make something good come from it. https://t.co/kqWvWseDJl