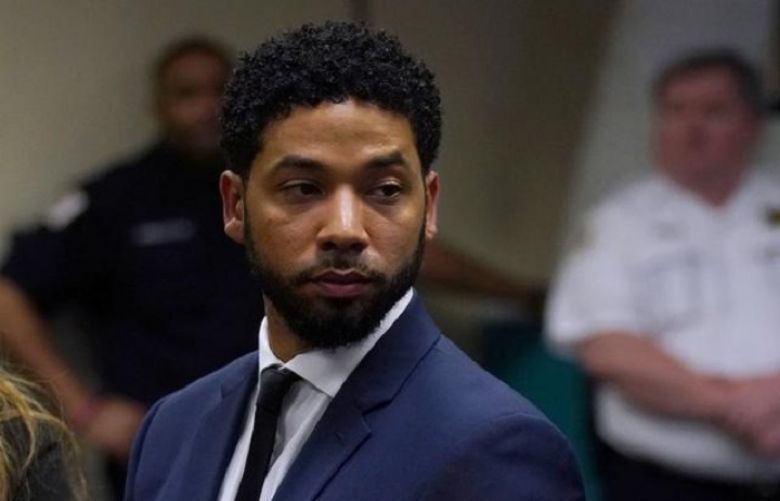 “Empire” actor Jussie Smollett pleaded not guilty in a Chicago court on Thursday to new charges that he falsely reported to police that he was the victim of a racist and homophobic assault on a city street.

Wearing a navy suit and dress coat, Smollett, 36, appeared serious and quiet standing next to his attorneys as Cook County Circuit Court Judge Steven Watkins was assigned to his case.

“Yes, sir,” Smollett said in a soft voice as the judge instructed him that he would next return to court on April 12. Some of his relatives sat in the court’s overflow gallery near a handful of fans, some wearing “Empire” shirts.

In an indictment returned by a grand jury last Thursday, Smollett, who is black, openly gay and plays a gay musician on Fox’s hip-hop drama, was charged with 16 felony counts of disorderly conduct alleging he gave false accounts of an attack on him to police investigators.

Each count carries a maximum penalty of three years in prison and a $25,000 fine.

Smollett and his lawyers declined to comment as they left the courthouse.

Smollett was previously charged last month with felony disorderly conduct for making a false report after he told police he was attacked in January by masked supporters of President Donald Trump who beat him, slung a noose round his neck and poured a liquid chemical on him while shouting racist and homophobic slurs.

Detectives investigated the incident as a hate crime but local news outlets cited police sources saying it was believed to be a hoax.

Fox cut Smollett’s character in “Empire” after he was arrested.

According to prosecutors, Smollett wrote a $3,500 check to two brothers and gave them $100 to buy the rope, ski masks, gloves and red baseball caps used in the supposed Jan. 29 attack.

Police said Smollett hoped the incident would advance his career and secure him a higher salary.

Police initially arrested the brothers on Feb. 13, after they were recognized from surveillance footage from near the scene of the alleged attack. One had appeared with Smollett on “Empire,” police and their lawyer said. Prosecutors said one had supplied Smollett with “designer drugs” in the past.

The brothers confessed to the plot, police said. They became cooperating witnesses and were released without charges.

After the alleged attack, Smollett received support on social media, including from celebrities and Democratic presidential candidates. Others were skeptical of the incident, which Smollett said occurred at around 2 a.m. on a city street during one of the coldest weeks in recent history.

Outside the courthouse on Thursday, about a dozen supporters gathered with signs, chanting that his prosecution was unjust.

In a “Good Morning America” interview last month, Smollett said he was angry some people questioned his story and suggested racial bias may be behind the disbelief.

Judge Watkins approved a request from Smollett’s lawyers that the actor be allowed to travel freely to New York and California to consult with his bicoastal legal teams.