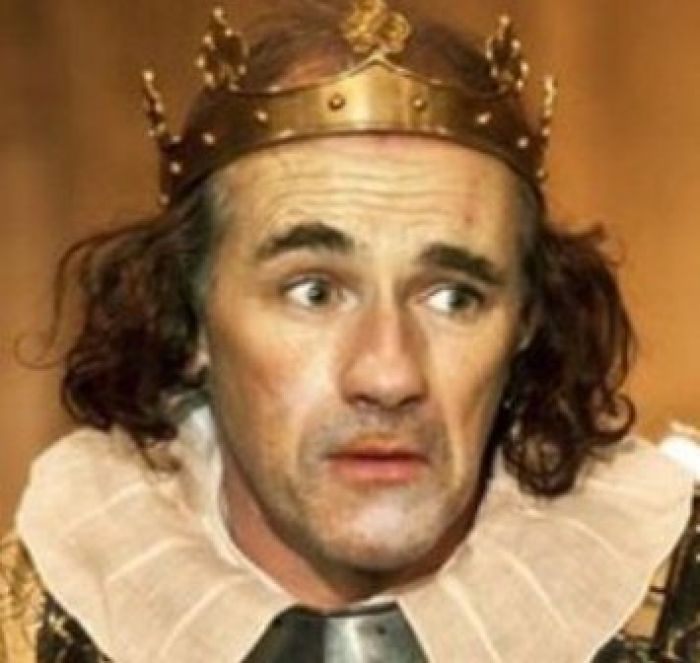 Actor Mark Rylance has made his Broadway Shakespeare debut - but was upstaged by his own dog's performance.

Apache, a Jack Russell Terrier, was reluctant to leave the Belasco Theatre stage, where Rylance is starring in Richard III and Twelfth Night. "He made an excellent entrance, but I'll have to teach him a few things about exits!" said Rylance, winner of two Tony awards. The actor plays the medieval monarch and noblewoman Olivia in the two plays.

London's Globe Theatre is staging the productions, with Richard III in the afternoon and Twelfth Night in the evening - a total of six hours of theatre.

The company, putting on Shakespeare on Broadway for the first time, is following the Tudor tradition of having an all-male cast playing all of the roles, including the female ones.