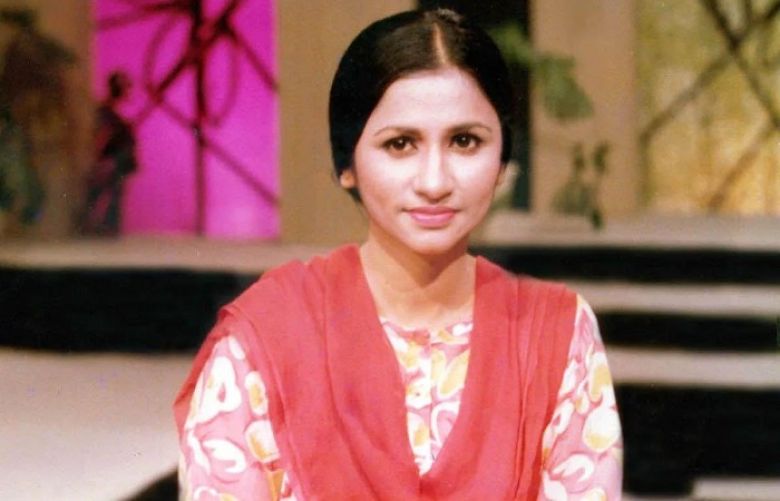 Renowned Pakistani singer Nayyara Noor has passed away after a brief illness in Karachi at the age of 71, her family confirmed on Sunday.

The musical legend had been under treatment for the last some days in the port city.

Her funeral prayers will be offered at 4pm today at Masjid/Imambargah Yasrab located in DHA, according to the family.

The singer will be laid to rest to at a DHA Phase 8 cemetery.

Nayyara Noor, the melody queen of Pakistan, was one of the top playback singers in the country. With no formal musical background, Noor also did not receive any formal training in music, however, she proved her God-gifted singing talents all over the subcontinent.

She was born on November 3, 1950, in Guwahati, Assam where she spent her early childhood days. She was seven when her family migrated to Pakistan.

From her early childhood, she took fancy to Begum Akhtar's ghazals, thumris and Kanan Devi's bhajans. Later, in 1968, Noor started singing songs on Radio Pakistan and then on Pakistan Television in 1971. The singer then never looked back as her unstoppable musical journey began.

In 1973, she was accorded the Nigar Award for Best Playback Singer in the film Gharana. In 1977, her reputation peaked as the songs of the film Aaina touched the hearts of Pakistanis.

Hundreds of Nayyara Noor's songs for Pakistani films are still fresh in her fans' memories even today. Her fans across the subcontinent remember her ghazals even today.

Nayyara Noor showed her excellence while working with every major composer for film and TV during her time. She sang Ahmed Shamim's 'Kabhi Hum Bhi Khoobssorat Thay' for the PTV drama serial 'Teesra Kinara.'

Nayyara liked to sing Ibn-e-Insha's ghazals as she believed they carry a unique pathos, like 'Jalay tau jalao gori'.

Initially, she came to be known for singing Faiz Ahmad Faiz's poetry. Her iconic rendition of Faiz's poetry turned out to be probably the most known and celebrated work she produced in 1976 as a birthday gift for Faiz.

In her long career as a singer, Nayyara Noor received a lot of praise and was given the title of Bulbul-e-Pakistan (Nightingale of Pakistan).

In 2006, Noor was honoured with the Pride of Performance Award, and in 2012, she bid farewell to her professional singing career by saying that it is honourable to step back in time.