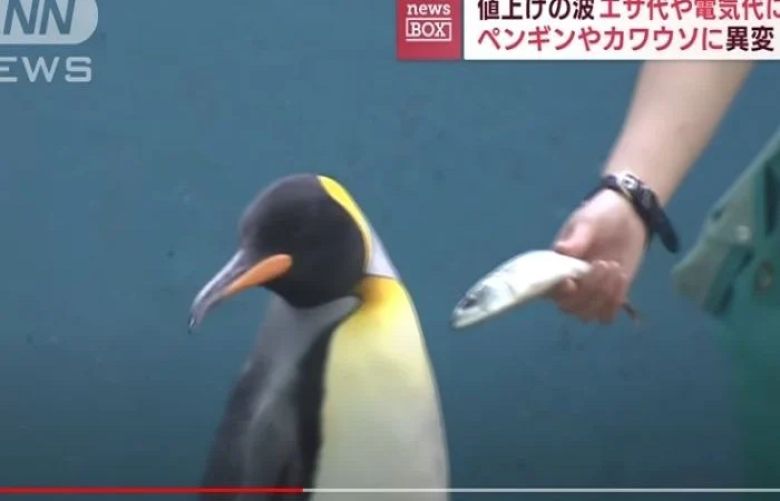 Picky penguins and ornery otters at a Japanese aquarium are facing the effects of inflation, refusing the new bargain bites their keepers are now offering after a jump in prices.

As part of a belt-tightening effort, the Hakone-en aquarium in central Japan's Kanagawa region has scrapped some of its traditional and more expensive horse mackerel in favour of cheaper mackerel.

But the menu change has not been received with universal approval, with some penguins resolutely turning their beaks up when the mackerel is proffered.

"They take it into their mouths at first, but then they decide they don't like it and drop it."

He speculates that the uncompromising penguins may have taken issue with the size of their new meals, which are bigger than their standard fare.

"They sense something is off," he said.

The problem is even more acute among the aquarium's otters, who have uniformly rejected the cheaper fish, Shimamoto added.

The facility said it made the switch after horse mackerel prices rocketed up about 20-30% from last year, in part because of low catches.

The aquarium is still purchasing some horse mackerel for its feed, but has no plans to revert back entirely until prices fall, Shimamoto said.

"It all depends on when things get back to normal."