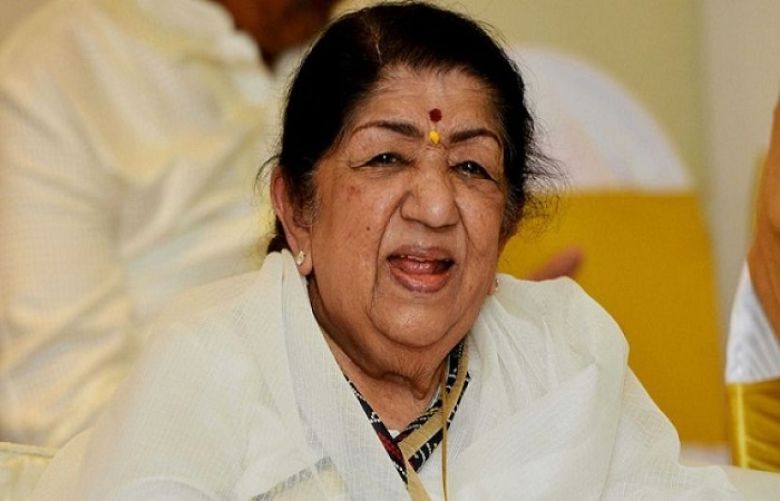 Bollywood superstar Lata Mangeshkar, known to millions as the "Nightingale of India" and a regular fixture of the country's airwaves for decades, died Sunday morning at the age of 92.

The Indian government has announced a two-day national holiday to mourn the legendary singer.

Mangeshkar was born in 1929 and started her musical training early under the tutelage of her father Deenanath, singing in his theatrical productions when she was just five.

Her father's death when she was only 13 forced her to take on the role of breadwinner to support four younger siblings, and the family eventually moved to Mumbai in 1945.

There she pursued a career as a playback singer, recording tracks to be mimed by actors, and her high-pitched voice soon became a staple of Bollywood blockbusters.

In a move reflecting her huge following, she was invited by the government to sing a patriotic tribute to the soldiers killed in the 1962 Indo-China war at India's Republic Day commemorations in January 1963.

Her rendition of "Oh the People of my Country" reportedly moved then Prime Minister Jawaharlal Nehru to tears.

In the following decades, composers and film producers alike vied to sign the prolific Mangeshkar for their movies.

"I composed keeping Lata Mangeshka's range and voice quality in mind," composer Anil Biswas said of her in an interview published in the "Encyclopedia of Hindi Cinema".

"She had a wide range, and one could think of more complicated melodies than with the earlier untrained singers," he added.

Together with her younger sister Asha Bhonsle — a superstar in her own right — Mangeshkar dominated Bollywood music for more than half a century, and is considered by many to be the Indian film industry's greatest-ever playback singer.

Mangeshkar was not shy about taking a stand when it came to raising her prices or asking for a share of the royalties earned on her songs.

Her longevity and discipline saw her lend her voice to teenage actresses who were 50 years her junior.

Critics complained that her dominance left little room for newer singers to thrive but her audience remained loyal, ensuring that her songs ruled the charts.

She was also known for her quirks, such as never singing with her shoes on and always writing out each song by hand before recording it.

Mangeshkar was in 2001 awarded the Bharat Ratna, India's highest civilian honour, and received France's Legion d'Honneur in 2009 in recognition of her contribution to Indian music and cinema.

"Coming generations will remember her as a stalwart of Indian culture, whose melodious voice had an unparalleled ability to mesmerise people," Prime Minister Narendra Modi said.

She passed away in a Mumbai hospital on Sunday after being admitted to its intensive care unit on January 11 with Covid-19 symptoms.

Public broadcaster Doordarshan announced a state funeral and two days of national mourning for the singer after news of her death broke.

A school dropout in her hometown of Indore who said she only attended classes for one day, Mangeshkar was fluent in several languages.

She sang in more than 1,000 films, in addition to recording devotional and classical albums. Her oeuvre spanned around 27,000 songs in dozens of languages including English, Russian, Dutch and Swahili.