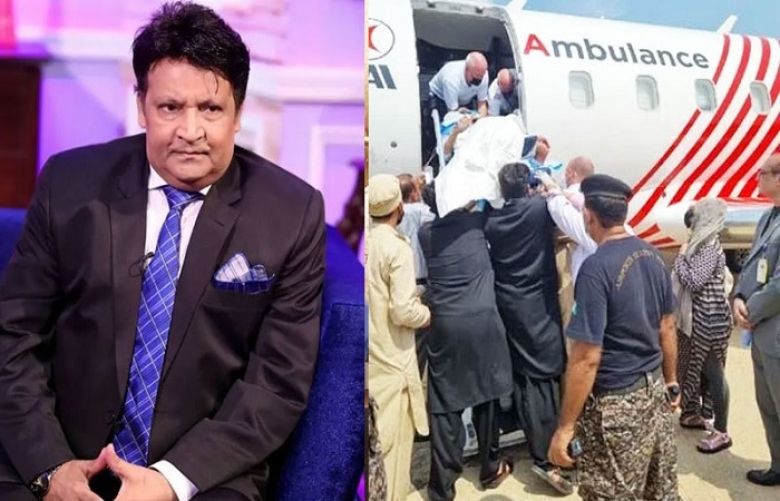 Veteran entertainer Omer Sharif has boarded an air ambulance and is finally on his way to the US for medical treatment.

The air ambulance will take him to Washington DC via Germany. He is accompanied by his wife Zareen Omer and a six-member medical team.

Earlier in the day, Sindh Government Spokesperson Murtaza Wahab had announced that Sharif was on his way to the airport.

Doctors in Karachi declared him fit to travel despite initial concerns on Monday that he was too unwell. According to his wife, his blood pressure had dropped and the air ambulance had threatened to leave.

The ambulance landed in Karachi Monday morning but Sharif was unable to board immediately as his doctors had advised against air travel. He underwent a series of tests before getting the green light from his medical team.

The veteran's medical condition became a subject of national concern after he made a video appeal to Prime Minister Imran Khan to help him secure a visa to travel abroad for medical treatment. The federal government assured him that it would help and the Sindh government also stepped in, sanctioning Rs40 million for his treatment.

Actor Reema Khan had also announced that her husband, cardiologist Dr Tariq Shahab, had agreed to perform the surgery on Sharif. Several other celebrities had called for prayers for Sharif.