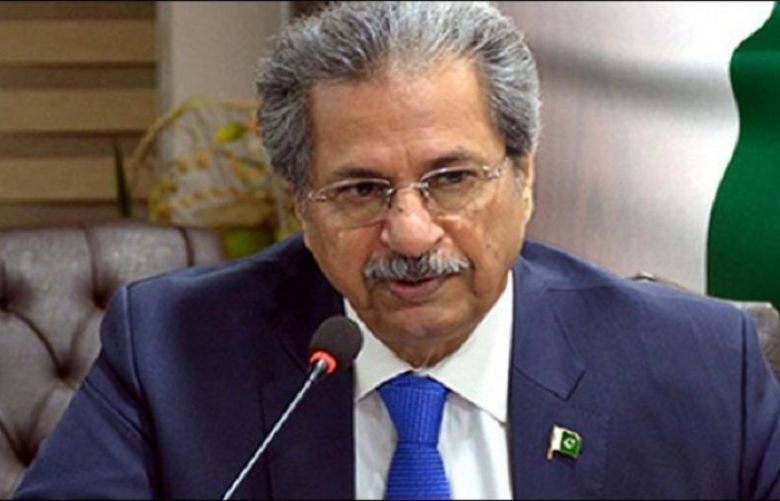 Education Minister Shafqat Mahmood told the National Assembly on Friday that private schools were pressurising the government to re-open schools across the country.

The minister, while responding to speeches on a cut motion relating to his ministry, said so far the federal government had not taken any decision to re-open government schools and other educational institutions, but was facing pressure from private schools in this connection.

He informed the floor of the House that a decision to re-open schools, which were closed on March 7 as a precautionary measure to stem the spread of the coronavirus pandemic, would be taken at the inter-provincial conference of education ministers on July 2.

It may be pointed out that during a recent briefing of the NCOC, Prime Minister Imran Khan was informed that cases of COVID-19 would increase in the last two weeks of July.

There are reports that the government, while capitulating to the pressure from the private schools' management, is contemplating to re-open educational institutions from July 15.

“We are facing heavy pressure from the private schools' management to re-open schools but the health of our children is our priority,” the education minister told the House, adding that any decision would be taken after thorough consideration.

He added that it was the inter-ministerial conference which decided to promote students to next grade, but there were also legal implications of doing so.

Speaking about the issue of online classes, Mahmood said that availability of the internet was a problem. “The prime minister will soon announce a plan for availability of network and connectivity," adding that in some areas, local area networks will be established to facilitate students.

He informed the House that there would be a uniform syllabus in all the madaris, private and government schools from grade one to five.

Earlier, while speaking on the cut motions, Maulana Abdul Akbar Chitrali of Jamaat-e-Islami (JI) had demanded that there should be a uniform system of education in private and government schools.

He pointed out that parents prefer to get their children admitted to private schools because of a low standard of education in government educational institutions.

The JI member, who was elected from Chitral, questioned as to how students could benefit from online classes when there was no internet availability in his constituency. He pointed out that mobile companies earn crores of rupees but they have failed to provide better facilities.