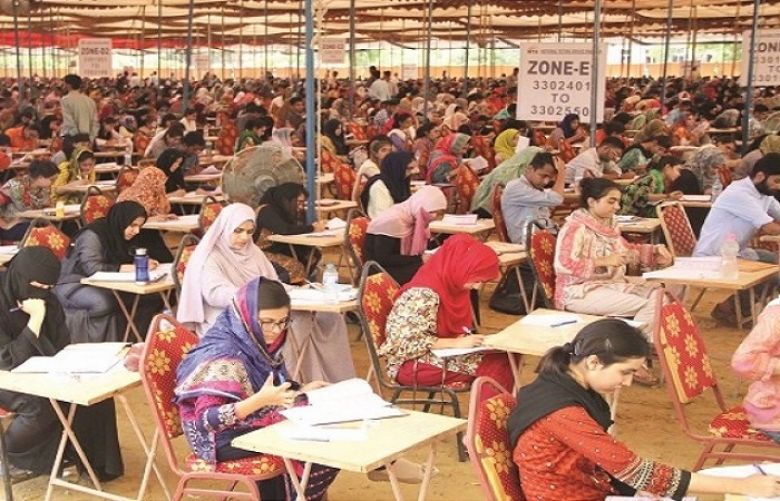 The federal government has announced that the board exams will not be conducted for secondary and higher secondary classes this year, instead, students will be promoted based on an average marking system. Similarly, those aspiring to proceed onto the universities will get admissions based on a new eligibility criteria.

Federal Minister for Education, Shafqat Mehmood, announced this on Thursday, saying that the government cannot take the risk of gathering hundreds of thousands of students at various exam centers during the pandemic.

He said that considering the safety of students as well as honorable teachers, the government has decided to cancel examinations for 9th, 10th, 11th, and 12th for the academic year 2019-20.

Mehmood explained that students will get promotions to the next classes based on the average marking system. They will be evaluated keeping in view their results in previous classes.

Similarly, students of 12th (2nd Year) who want to get into universities, will have to get admissions based on their 11th (1st Year) results. Universities will use the students’ 1st year results as the benchmark for admissions, however, each university can set their own weightage for the same.

The students will also have to undergo various universities’ independent entry tests to prove their eligibility for the seats.

Earlier, speaking at a private news channel, Mehmood said that the decision was taken for a majority of students, admitting that there are few anomalies in it.

He said that the government is still working on the details of this decision, hoping that they will find a way for students who had failed in one or two subjects last year and want to improve marks this year.