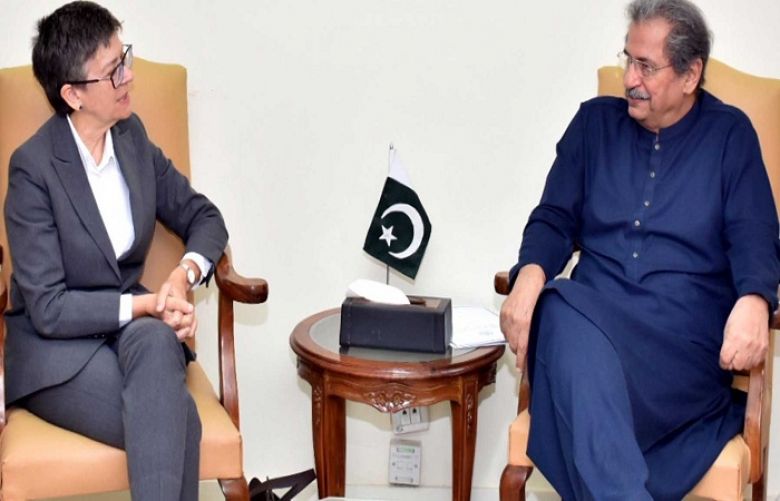 Minister for Education Shafqat Mehmood says increasing literacy rate and bringing out of school children to education network is foremost priority of the government.

According to details Minister for Education Shafqat Mehmood was talking to Australian High Commissioner Margaret Adamson who called on him in Islamabad.

The Minister apprised the Australian High Commissioner of reforms being made in education sector.

Shafqat Mehmood said in Islamabad eleven thousand children were out of school, of which six thousand have been admitted in schools.