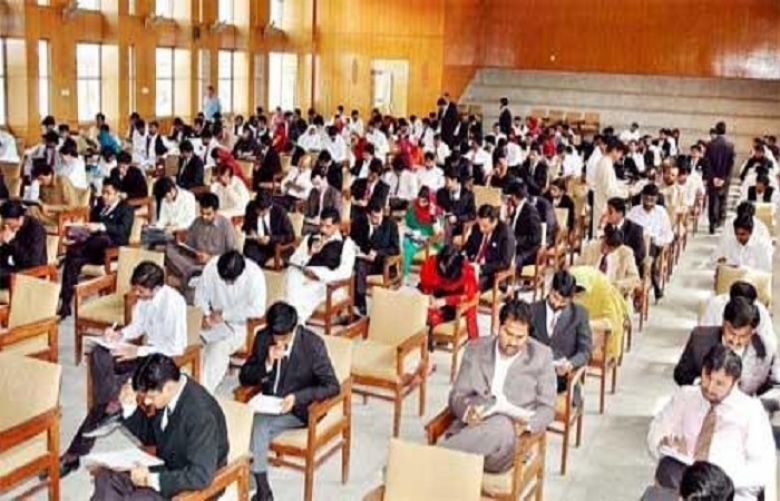 In the aftermath of a leaked entry test conducted by the National Testing Service (NTS) last month, the Sindh government has decided to hold pre-admission tests for all government universities and colleges in the province under the Higher Education Commission (HEC).

A probe was launched after a questionnaire of the pre-admission test for medical colleges in Sindh was leaked on October 21, a day before the exams, allegedly in connivance with NTS staff.

A notification issued by the provincial government on Tuesday said that those appeared in the October 22 test will not be charged any extra fee for a new entry test for admission in medical colleges.
About 21,000 students from across the province are estimated to give the test prepared by Dow University of Health Sciences.
Despite protests and demands by students of accepting the results in a bid to avoid prolonging the admission process, the provincial government had annulled the results, directing to retake the exam within the next 15 days on November 11.

The decision was taken on recommendation of a five-member committee formed by Sindh Chief Minister Syed Murad Ali Shah to investigate allegations of irregularities in the test.

The Sindh High Court had also issued notices to the NTS chairperson, the HEC and provincial health authorities over the matter earlier this month.