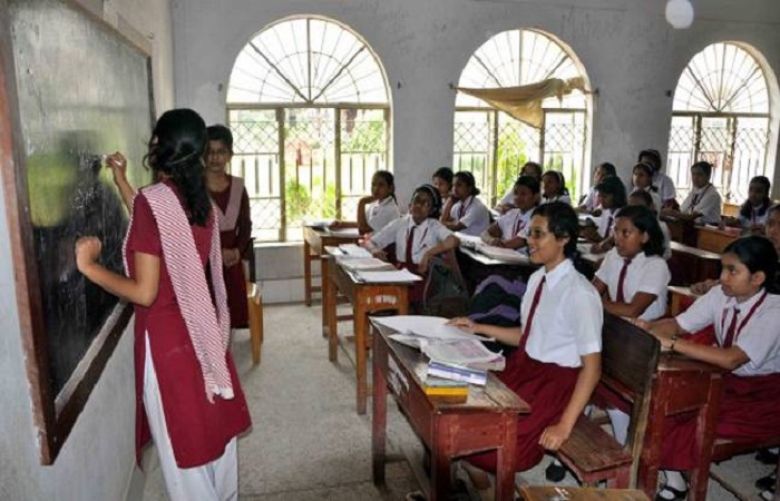 The National Command and Operations Centre (NCOC) on Thursday announced that all educational institutions would start "normal classes" from October 11 (Monday).

The decision was made during an NCOC meeting held earlier today, where the forum agreed to reopen educational institutions based on the reduced level of disease spread and the launch of the school vaccination programme, Federal Minister for Planning, Development, and Special Initiatives Asad Umar said in a tweet.

Educational institutions were earlier operating on 50% capacity across the country after they had reopened following intermittent closures due to the prevalence of COVID-19.

The NCOC, in a statement, said that the country reported 1,453 cases in the last 24 hours, taking up the positivity ratio to 2.82%, while 46 people lost their lives to the virus.

The country has posted as many as 1.25 million coronavirus cases, 28,032 deaths, and 1.18 million recoveries from the pandemic, the forum said.

Pakistan has administered a total of more than 87 million vaccines, with 31 million second doses and 62 million first doses, according to the data shared by the NCOC.