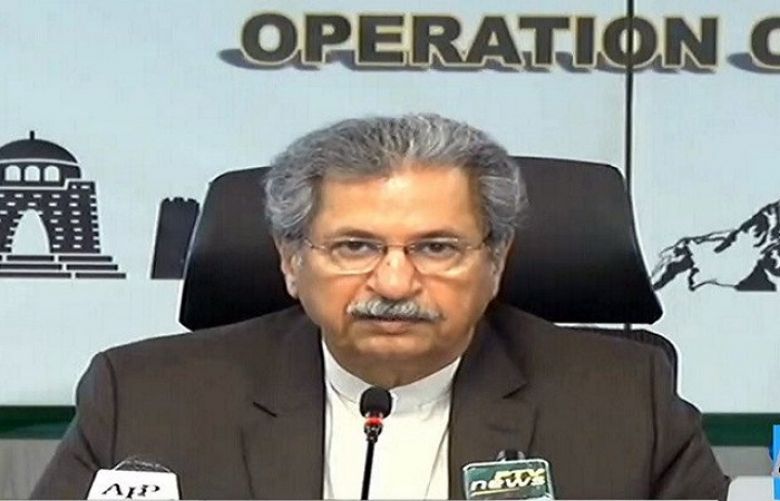 On-campus classes for grades from nursery to eighth at all private and government schools in cities affected by Covid-19 will remain suspended until April 28, Federal Education Minister Shafqat Mahmood announced on Tuesday.

Speaking to the media after chairing a meeting of provincial education ministers at the National Command and Operation Centre (NCOC), he said students of classes nine to 12th will come to schools.