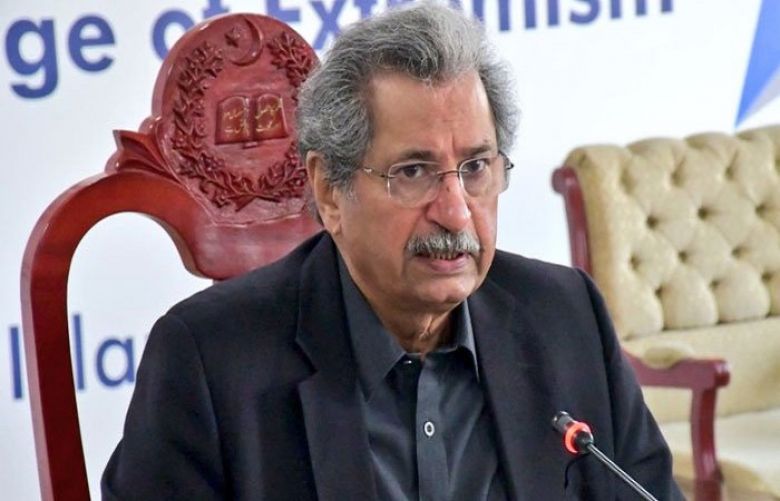 Education Minister Shafqat Mahmood said on Wednesday that educational institutions in seven cities of Punjab will close down for two weeks from March 15 (Monday) in light of rising Covid-19 cases.

The minister was addressing a press conference alongside Special Assistant to the Prime Minister on Health Dr Faisal Sultan shortly after the National Command and Control Centre (NCOC) reviewed the coronavirus situation at educational institutions.

Mahmood said spring break will begin in the following cities and will continue till March 28.

Mahmood added that the same decision will also apply to educational institutions in Islamabad and Muzaffarabad.

In Khyber Pakhtunkhwa, he specified that the directive will only be applicable to schools in Peshawar where a high positivity rate has been recorded. "In Peshawar, all educational institutions will remain closed from March 15 to March 28. Half of the students will keep attending classes in other districts."

Briefing the media on the decisions taken during the NCOC meeting, the minister said that all steps have to be taken while keeping in mind the nearly 50 million children that attend schools, colleges and universities. "This is a sector that has a direct effect on the spread of the disease," he said.

He stated that officials conducted an analysis of the situation in the entire country, adding that the situation in Sindh and Balochistan were satisfactory." Therefore, it was decided that 50 per cent of all children would attend classes every day while maintaining social distancing and wearing face masks."

The minister added that all standard operating procedures (SOPs) previously enforced will continue to be followed. He added that on the other hand, the situation was not as satisfactory in Punjab, Khyber Pakhtunkhwa and Azad Jammu and Kashmir.