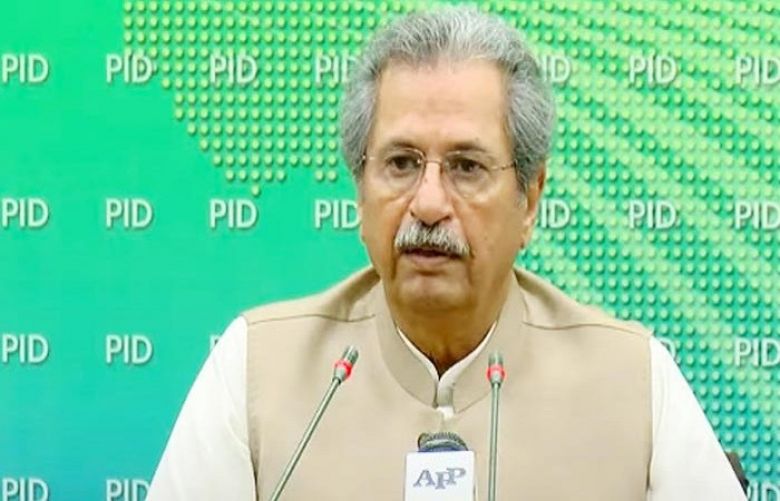 Federal Education Minister Shafqat Mahmood has said on Friday that a final decision on the reopening of schools will be taken in the NCOC meeting scheduled to take place on January.

He was talking with the Private Schools Associations delegation, who were called by the government for negotiations after the announcement of the reopening of schools from January 11.

The delegation appealed to the government to understand the problems being faced by the private schools association.

Shafqat Mahmood said that the government is mulling over to reduce this year’s summer vacations and postponement of examinations scheduled in March, but the final approval would be given by the NCOC.

It is to be noted that the Private Schools Supreme Council announced had announced to reopen educational institutions from January 11.

Addressing a press conference, office-bearers of the council had demanded that the government announce the reopening of schools from January 11. Even if it doesn’t do so, they said they would reopen schools on that date under the standard operating procedures (SOPs) to prevent the spread of the coronavirus.