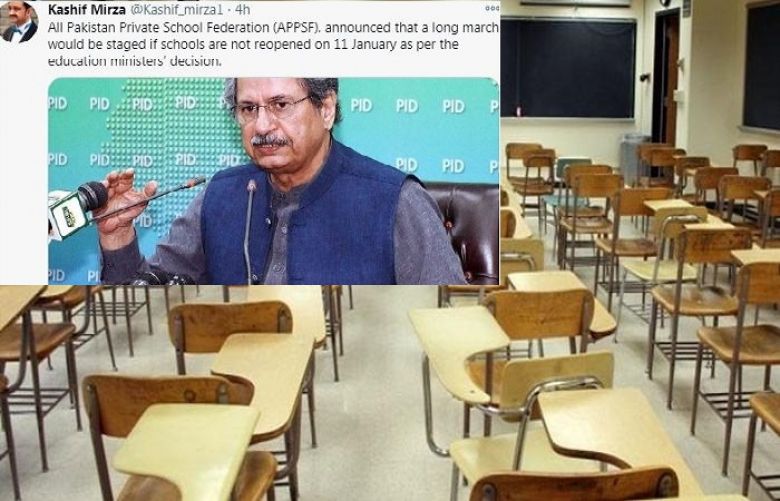 President All Pakistan Private School Federation (APPSF), Kashif Mirza has said that as many as 10,000 private schools have been closed in Pakistan thus so far.

Mirza said that 20,000 private schools would be closed if the academic year commences from September.In his tweet, he announced that a long march would be staged if schools are not reopened on 11 January as per the education ministers’ decision.

He said due to the closure of schools as many as 10 million children have left the schools. Meanwhile, an inter-provincial education ministers conference slated for December 30 (Wednesday) has been postponed and rescheduled for Jan 4.

Federal Minister for Education Shafqat Mahmood will be chairing the meeting in the first week of the next month. On November 23, the federal government had announced to shut all educational institutions from November 26 to December 24 due to a spike in COVID-19 cases.

“It has been decided to close all educational institutions across Pakistan from November 26 till December 24. Winter vacations would start from December 25 to January 10,” Shafqat Mahmood had announced at a press conference after a meeting of inter-provincial education ministers.