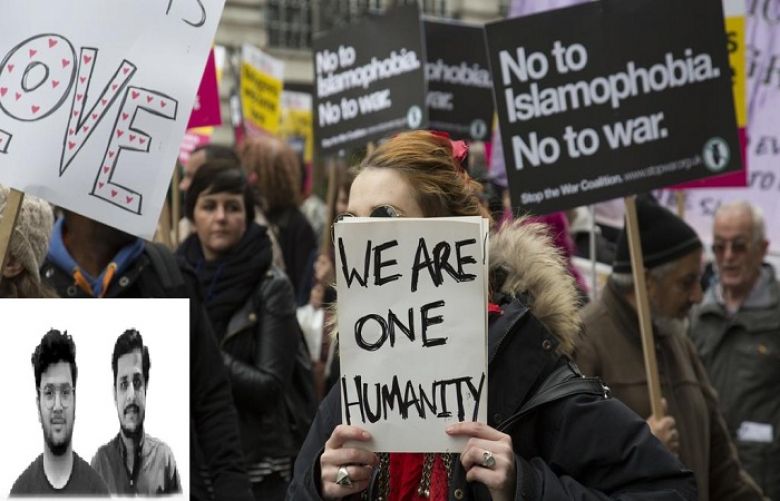 The phobia, according to the Webster Dictionary, is an unexplainable, overstated, and absurd form of fear form a particular object, situation, or class of objects. The afflicted person from this illogical behavior is unable to find the source of fear but it exists.

The islamophobia is a misperceived term of Islam injected in the brains of non-Muslims all over the world. Muslims at many places have been marginalized and separated from the public, civil, and political activities, the term islamophobia is not very old but hatred for Muslims in western hearts has a long history, some people call it racism like Anti-Arab racism Anti-Persian racism or Anti-Turkic Muslims racism. Some scholars use the term Muslim Phobia instead of Islamophobia, according to these scholars hate and fear are related to Muslims and has nothing to do with Islam but many incidents has shown that the hate is co-related with Muslims as well as Islam. Because in many events people criticize the core values of Islam which has nothing to do with terrorism or Jihad.

There are almost 1.8 billion Muslims in the world, Islam is the second-largest religion after Christianity. Even though Muslims have a huge population in the world but still they are facing challenges. Besides, the increase in anti-Muslim rhetoric and the unfortunate conflation of terrorism with Muslim people contributes to biased attitudes and reinforces stereotypes. As a result, Islamophobia the fear, hatred, and discrimination of Muslim people is manifesting itself in personal biases, rhetoric, education, politics, hate crimes, and more. Several myths need to be addressed by media and authorities to lessen the rate of hate for Muslims from biased people. The biggest myth is that Islam is a violent religion, but it is a fact that extreme mindset people could be found in every religion. Even almost every famous religious cleric of Islam is against terrorism and declared all terrorism acts as inhumane and brutal in all ways. According to a study conducted in almost 11 Muslim countries people devastatingly expressed negative views about terrorist organization ISIS which showed that there are only a few minds that are in favor of extremism and support terrorist organizations.

Many organizations in the world are busy in propagating against Islam and damaging the image of Islam by portraying Islam as a barbaric and extreme religion. A report from the University of California estimated that 206$ were donated to 33 groups whose main purpose was defaming Islam in the USA. In the USA between 2008 to 2013 almost 77 organizations took part in spreading hatred and bigotry against Islam.

Media is acknowledged as second God because it can shape any type of propaganda and can convince anyone in its favor. Media have been criticized for giving hysteria to islamophobia it portrayed Islam as vicious and cruel religion of the world. In 2009, Mehdi Hasan an Aljazeera news journalist in the NEW STATESMAN criticized Western media for over-reporting a few Islamic terrorism incidents but under-reporting the much larger number of planned non-Islamist terrorist attacks carried out by “non-Irish white folks”. Just like Christchurch incident in which a white Christian man killed several Muslims while they were praying in the mosque none on any western media termed him terrorist instead they titled him as a shooter. A 2012 study indicates that Muslims across different European countries, such as France, Germany, and the United Kingdom, experience the highest degree of Islamophobia in the media.

The hate against Muslims was pioneered after the 9/11 incident in America Just after 3 days of the devastating incident more than 200 hate crimes were reported in just America against Arab Muslims. According to an official report these hate crimes rose from 354 in 2000 to 1551 in 2001. After this incident the self-proclaimed admirer of human rights USA showed his ugly head and started campaigned hostility and mistrust against Muslims. Muslims faced the worst treatment in every aspect either it is education, sports, politics, at airports they faced hostility and vicious behavior from non-Muslims. This hate rapidly transferred from officials to local citizens in America as the people of states took an initiative to organize rallies against American Muslims. These rallies were empowered against the veil and scarf later the law was passed against the wearing of the veil in 2018 in America. This attitude put Muslims in true phobia due to which some Muslims adopted western culture and shaved their beard so that they can dodge bullying against Muslims. Authorities started arresting Muslims for no reason. There are self-narrated stories on the internet by victims e.g. a 16 years old Adama Bah got arrested from her home and taken away from her family in jail and was released after six and half weak with the bracelet on her ankle by the authorities in New York, Raed Jarrar assaulted by Transportation Security officers at the airport in DC on wearing an Arabic writing T-shirt, a 20 years old boy faced an FBI investigation without any warrants they asked him that he ever visited Yemen, Syria or Iran for any type of training.

Islamophobia is nothing but just a misperceived term against Islam the true teachings of Islam have nothing to do with extremism, radicalization, and violence. Prime Minister of Pakistan at UNGA put the record straight by defending Islam against islamophobia. “He gave a message to the west that Islam has nothing to do with terrorism. He added that Islamophobia is creating differences among communities, communities are supposed to live together with understandings among each other.” He said that no religion teaches radicalism. The basis of all religions is compassion and justice. Three leaders are stepping in to defend Islam against islamophobia, Turkish President Tayyip Erdogan, Pakistani premier Imran Khan and Malaysian leader Mahathir Mohamad. They agreed to jointly fight the rising islamophobia mainly in the west.

The word “Islam” whose meanings are peace, purity, submission, and obedience than how one can interpret it in the term of Islamophobia? Being Muslims, we unitedly should put our efforts to portray the true essence of Islam which is exemplified by our supreme leader Hazrat Muhammad (S.A.W). There is a verse in the Quran stated that “Killing of a single human being is killing of all mankind” it shows that teaching of Islam has nothing to do with violence it is people who misperceived Islam and used religion as a tool to gain political power and gains.

The Public’s behavior towards Islam needs a transformation, this type of hate is causing numerous problems for the world. This is crafting fear in Muslims as well as in those people who are against Islam, intolerance is rapidly emerging and it should be stopped before this issue get worse.