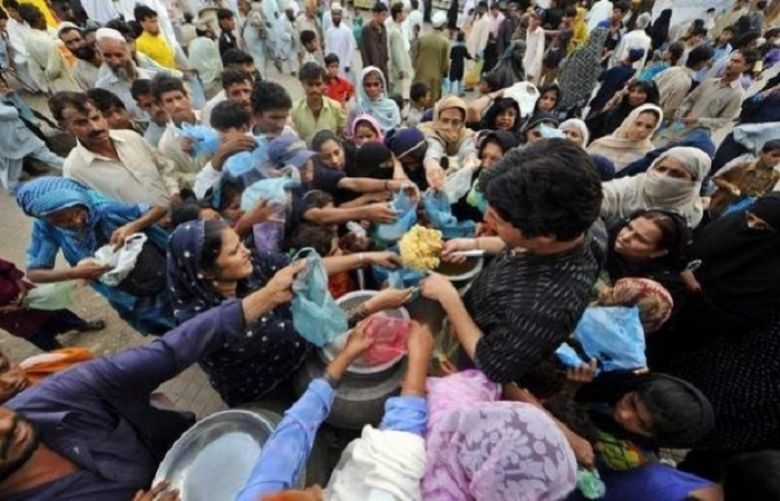 Food is the basic need of all living creatures in the contemporary world. The continuous rise in the prices of food items is termed as food inflation. The situation is accelerating in Pakistan from past few years.

Several factors are responsible for food inflation in Pakistan such as ailing agriculture sector, massive increase in population, natural disasters, lack of food preservation methods, less use of latest technology, water logging and salinity, shortage of water for irrigation, smuggling and illegal storage of food items , lack of infrastructure facilities for readily marketing food and poor management of food items.

Food inflation has become endemic in Pakistan. The basic food stuff is obtained from agriculture sector which is equipped with hazards. The cultivation of food items in Pakistan is being done at substantial level by using old methods of sowing and harvesting food. The prevailing culture of dividing cultivable land into small portions also affect the production pattern it provide an excuse to farmers from using advanced technology because it is costly and the portion of land is small which cannot return the cost of production and there are minimum chances of profit. The result is small amount of output which is not sufficient for increasing population and the ultimate result is food inflation.

Natural disasters also caused a serious damage to the standing cereal crops in Pakistan. As the floods in 2005 and 2010 badly damage the food production due to the less production and to fulfill the food needs of population at domestic level we have to import food items it costs high and the prices of food stuff rise. Food inflation is closely associated with the shortage of water for irrigation purpose. The areas in Pakistan where agriculture is totally dependent on rain the production of food articles depends on rain if it failed to materialize the situation of drought occur there.

In Pakistan the preservation and management of food items immediately after its cultivation is very poor. The facilities to readily market the food are not available to the farmers due to backward infrastructure so the chances of food wastage increased due to the severity of weather and food spoilage insects and bacteria. The situation paved way to food shortage and high prices. Instead of it the food producing inputs are very costly which the poor farmers cannot afford. The prices of high yielding varieties of seeds, fertilizers and pesticides are unaffordable for the poor farmers of developing country so the output also cost high causing inflation.

The food inflation in Pakistan can only be avoided by increasing the efficiency of agriculture sector and with the use of advanced technology in the respective sector. The farmers should be educated to tackle the production process for maximum production. The government should provide food preservation and management facilities and subsidies to the farmers. It will provide self-sufficiency in food which will paved way to come out from the morass of food inflation.